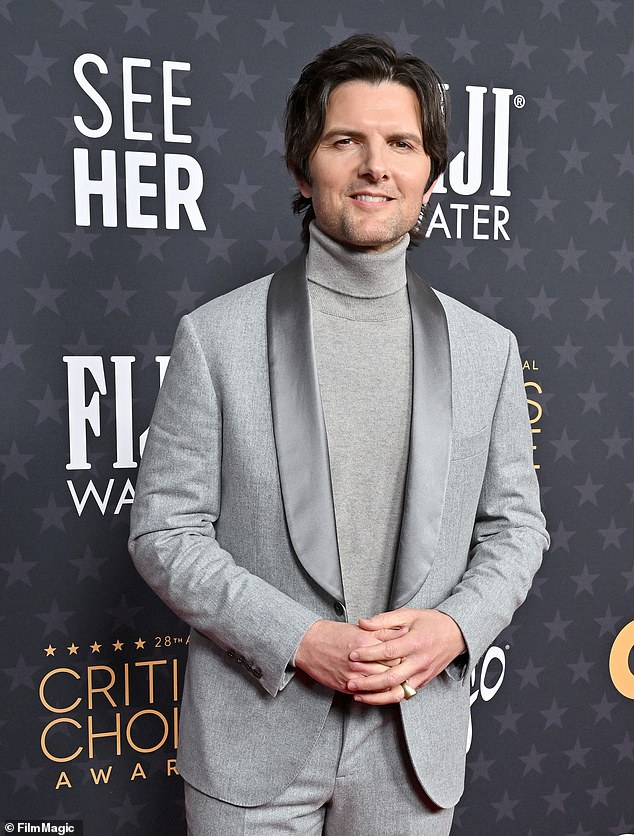 It took 29-years, but Adam Scott finally got some closure on an awkward moment after wrapping season two of Boy Meets World in 1994.

Speaking with former co-stars Rider Strong, Will Friedle, and Danielle Fishel on the Pod Meets World, Scott – who played Griffin ‘Griff’ Hawkins – recalled a ‘horrifying’ on set interaction that has been bothering him for nearly three decades.

Scott detailed the events that led up to him seemingly being snubbed by Strong, who played Shawn Hunter, when he went in for a congratulatory hug after shooting the final scene.

Closure: Adam Scott, 49, revealed an awkward interaction on the set of Boy Meets World that’s been ‘tugging’ at him for 29 years during an appearance on the podcast, Pod Meets World , with former co-stars Rider Strong, Will Friedle, and Danielle Fishel

Scott said he was backstage watching the season two finale being filmed with Blake Soper and Ethan Suplee, who had played Griff’s followers.

‘I don’t know if you remember this, Rider, but literally, this has been tugging at me for 29 years,’ Scott, 49, told the three hosts.

He continued: ‘I was with (co-stars) Blake (Soper) and Ethan (Suplee). Rider, you were there with a different group of people, but we were all gathering around knowing that the last scene was about to finish.’

The Northern California native said that once the scene had ended the cast and crew erupted in cheers. 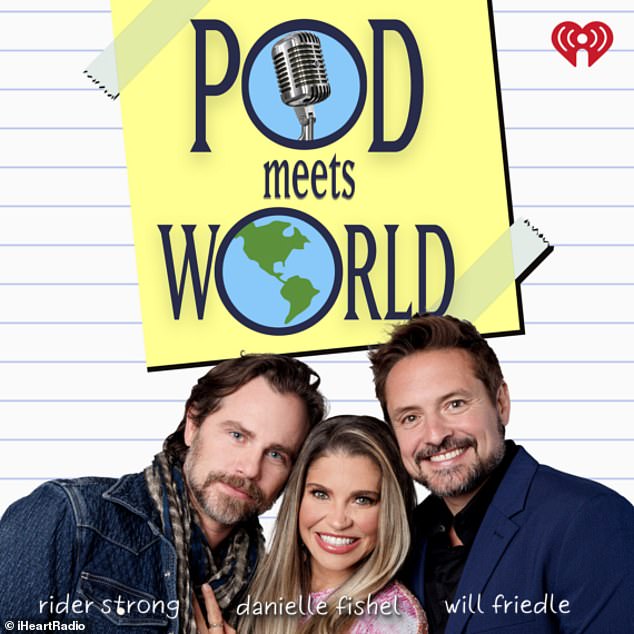 Unloading: Scott shared how he had thought he offended Rider Strong when he went for a congratulatory hug with him after the season two finale back in 1994

But just as the celebration was picking up steam, Scott approached Strong for what he thought was a friendly embrace.

‘And as I do that, you push me off and you give me this look like, “Wait a second, who the (expletive) are you? and then you run away,”‘ he adds. ‘I remember just being like, “oh no no no no! I’m sorry! What just happened? No no no.”‘

All three hosts looked surprised by the story, which prompted Strong to reveal that he didn’t have any recollection of the incident, adding that he’s ‘generally a hugger.’

‘Are you serious?! Why would I do that?!’ he asked, before saying that he didn’t remember the moment at all.’

‘I’m so glad you don’t remember that,’ Scott replied. ‘Because to some extent that means it wasn’t a traumatic experience for you.’ 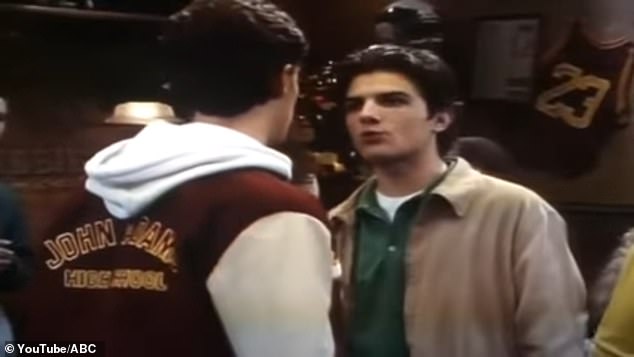 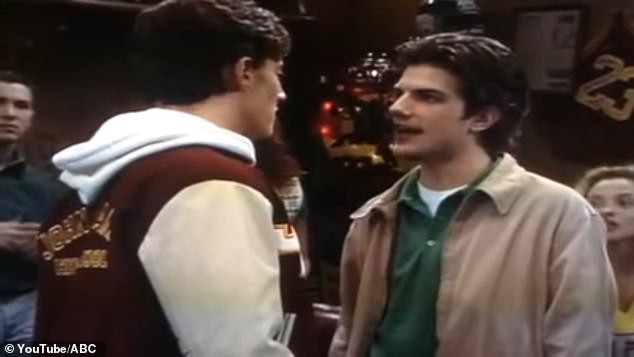 His take: As the celebration following the season two finale was picking up steam, Scott approached Strong for what he thought was a friendly embrace, but he recalled, ‘you push me off and you give me this look like, ‘Wait a second, who the (expletive) are you?’ and then you run away. I remember just being like, ‘oh no no no no! I’m sorry! What just happened?’

Later in the podcast, the story came up again, for which Scott confessed that he may have been blown it out of proportion in his mind over the years.

‘It could also have been kind of built up and overdramatized over these last 29 years, who knows? But I can see it, I remember it so vividly, it’s just so crazy,’ Scott said of the memory.

The coming-of-age sitcom had a seven season run on ABC from September 1993 through until May 2000.

The series focused on Cory Matthews (played by Ben Savage) and his friends and family, as he progresses from childhood to adulthood. 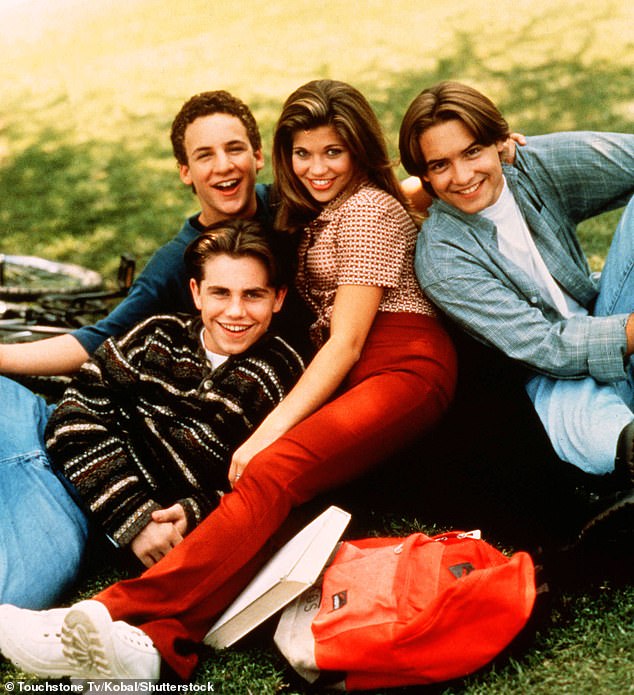 No recollection: Strong said he didn’t have any recollection of the incident with Scott; Boy Meet World stars Ben Savage, Rider Strong, Danielle Fishel and Will Friedle are pictured in 1993