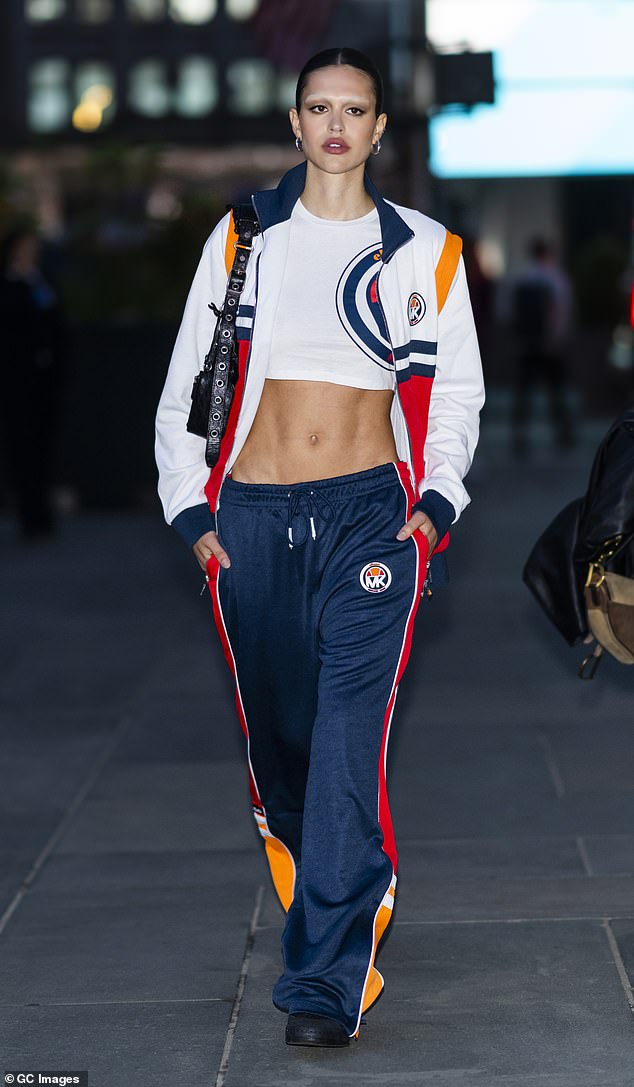 By Kevin Kayhart For Dailymail.com

Michael Kors threw an intimate soiree at members’ club Langan’s Brasserie in London on Wednesday to celebrate the launch of its activewear collaboration with Ellesse.

One day on and the brand hosted another Michael Kors x Ellesse launch party at the Rainbow Room in Midtown Manhattan.

Among the models to hit the runway and showcase some of its newest fashion was Amelia Hamlin, daughter of actors Lisa Rinna and Harry Hamlin.

Amelia Hamlin, 20, hit the runway for the Michael Kors x Ellesse launch party at the Rainbow Room in Midtown Manhattan on Thursday

Hamlin, 20, was perfect example of those retro tendencies, decked out in blue sweatpants with colorful stripes down each leg, which is reminiscent of the styles of 1970s and early 80s.

Both of these items appeared to reach back to styles of yesteryear, while also offering a taste of modern sensibilities.

Seemingly going for a slight androgynous look, the glam squad covered Hamlin’s eyebrows with a white substance, something also seen in the 1970s, and pulled her long dark brown locks back into a tight ponytail with a center part. 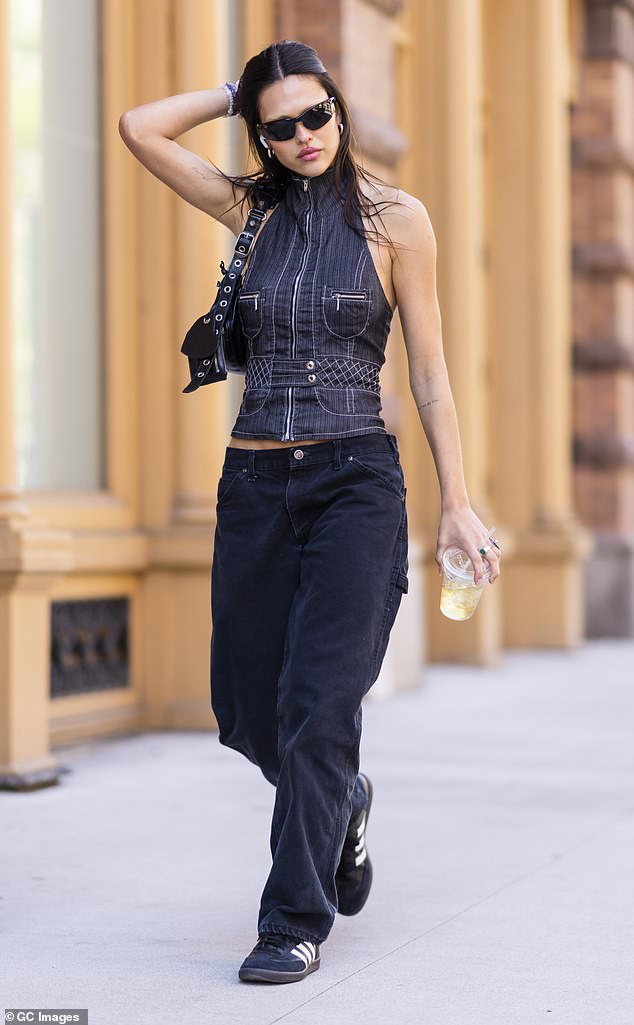 Fashionista: The daughter of actors Lisa Rinna and Harry Hamlin has been photographed in an assortment of ensembles in New York City leading up to Thursday’s launch event

The brand’s 24-piece capsule features a one-of-a-kind insignia that combines the Kors logo with Ellesse’s tennis-and-ski-inspired one, according to WWD.

A waved pattern with the Ellesse x Michael Kors emblem appears on the bags and accessories.

Since humans comes in varied shapes and sizes, so too does the dual-designed and dual-produced items, from XXS to XXL. 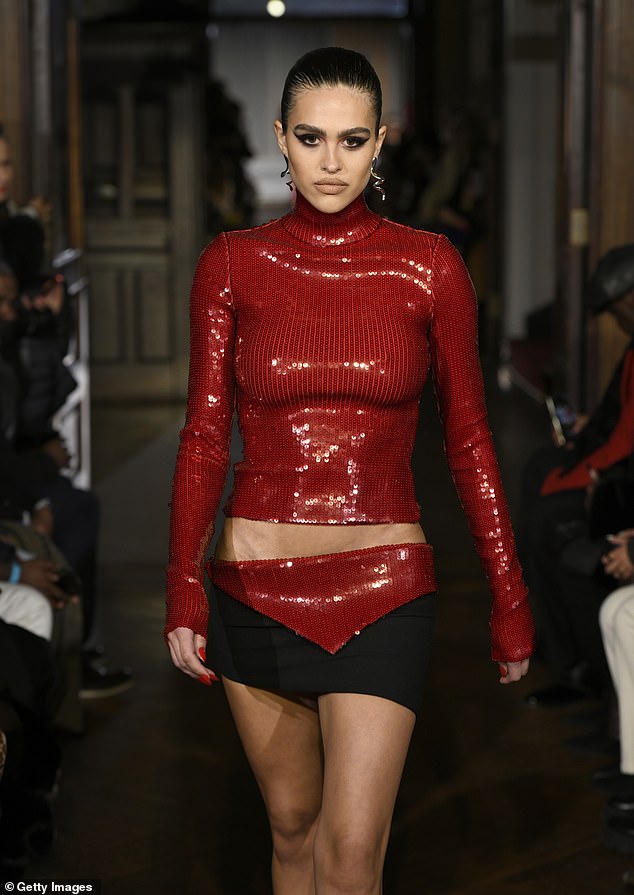 Enhanced profile: Hamlin appears to have seen her runway profile step up in recent times, which includes hitting the catwalk during LaQuan Smith in New York City in February