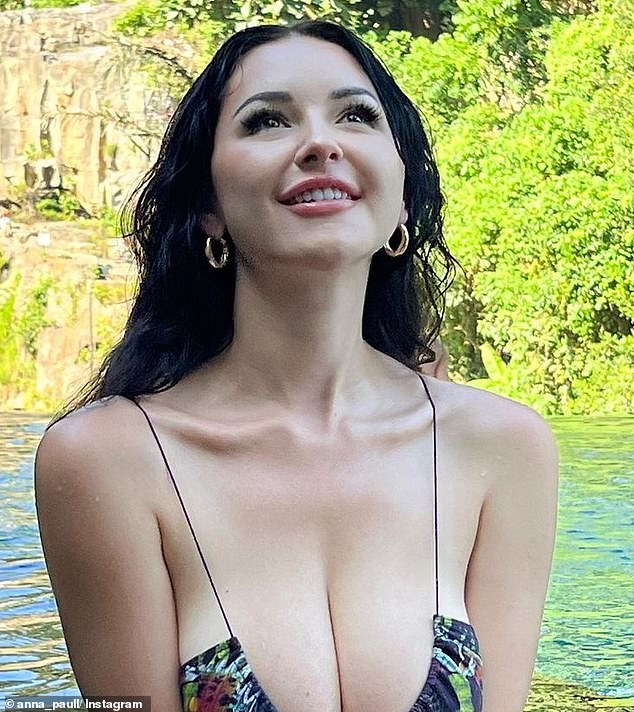 When thousands of mostly young women piled onto one of Perth‘s main streets to catch a glimpse of their favourite influencer, police and event organisers were unprepared.

In fact, fewer than 300 people had been expected at the Western Australia stop of Anna Paul’s national meet and greet tour.

But for the 23-year-old’s millions of devoted followers around the globe, the chaos her appearance caused, while launching a range with activewear brand STAX, was no surprise.

Born and raised in Queensland to Turkish and German parents, Paul is the most popular OnlyFans creator in Australia.

Since hitting the big time on social media, TikTok and OnlyFans star Anna Paul (pictured) has brought her close family along her ride to the top

She ranks in the website’s top 0.02 per cent of earners in the world and has another 7.1 million followers on TikTok alone.

However, fame and fortune have not always been familiar.

Like many Aussie teens, her first job was at Woolworths as a 15-year-old, so she could save up to treat her mum to a new pair of shoes. 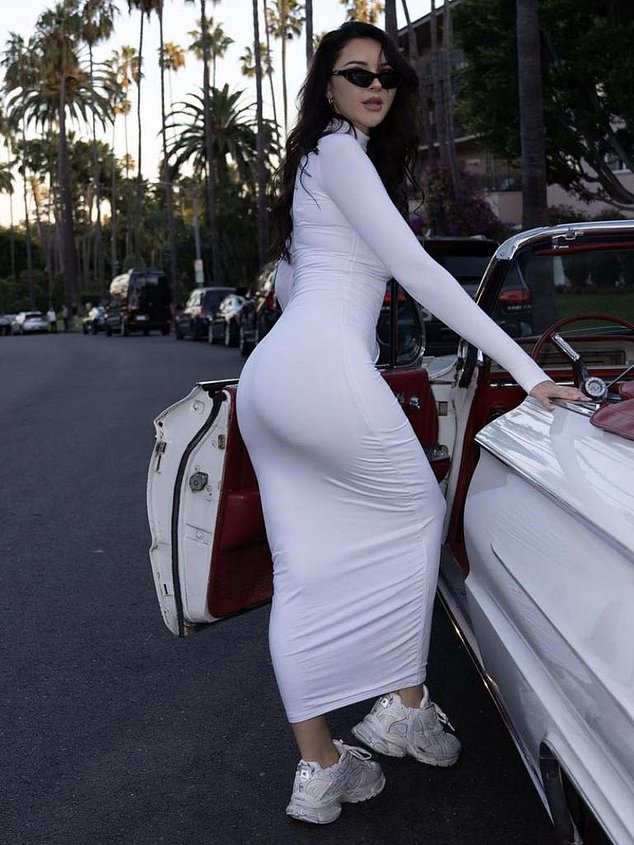 The social media superstar, 23, has just released a collection with Stax activewear

At one point, the family of four, which includes influencer brother Atis, ‘lived off $30 a week for grocery money’, according to one TikTok video.

The family’s only car at the time was a white van with no seats in the back, so both children had to sit on milk crates.

‘That’s the car we had because that´s all we can afford, because we had no money,’ Paul said in another clip.

However, since hitting the big time on social media, Paul has brought her close family along on her ride to the top. 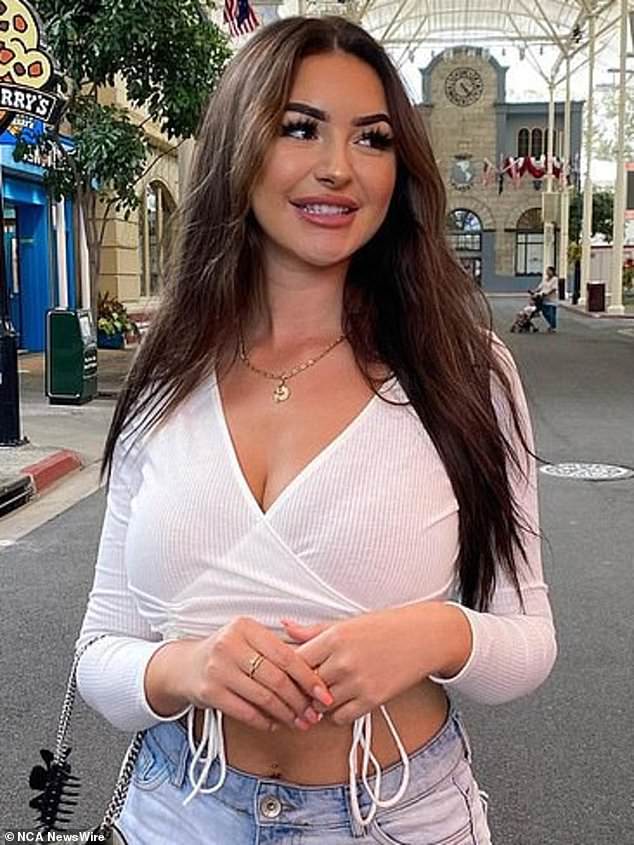 They now all live in a waterfront mansion on the Gold Coast and have recently returned from a month-long luxury trip across Europe.

The family’s previous home until earlier this year had a mammoth kitchen, swimming pool, Jacuzzi, private cinema, $100,000 rock wall and a 10-car garage.

Known to fans for her down to earth sensibility, Paul often features activities such as grocery shopping, candid story times and travelling in her content.

She self-labels as a sex worker due to her OnlyFans fame and detailed her job in a video titled ‘what I do for a living’ earlier this year.

‘I am one of the top Only Fans creators in Australia. That’s what I do, I love it and it´s my favourite job in the world,’ she said.

Paul’s internet fame translated to the real world over the weekend when wild footage emerged of the star’s packed event in Perth, which had to be shut down by police due to crowd chaos.

It was the latest stop on Paul’s national tour as part of her collaboration with activewear brand STAX. 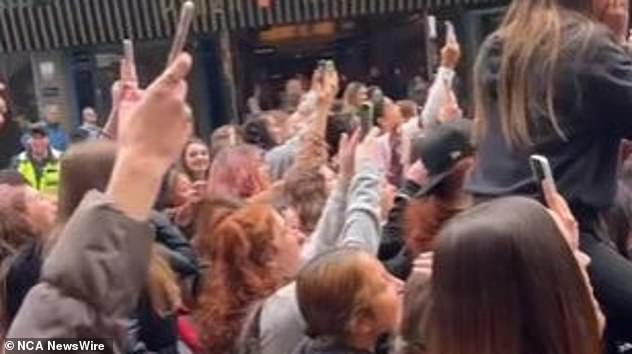 During the fan meet-and-greet event at Perth’s Hay Street Mall on Sunday, chaos erupted, with a massive crowd of teenagers flocking to see the star.

Passionate fans chanted Paul’s name as they filled the street, while one eager fan even brought a pony to event.

Police said they were forced to act after tensions began to boil over among the crowd and queue jumping lead to several people collapsing and needing medical assistance. 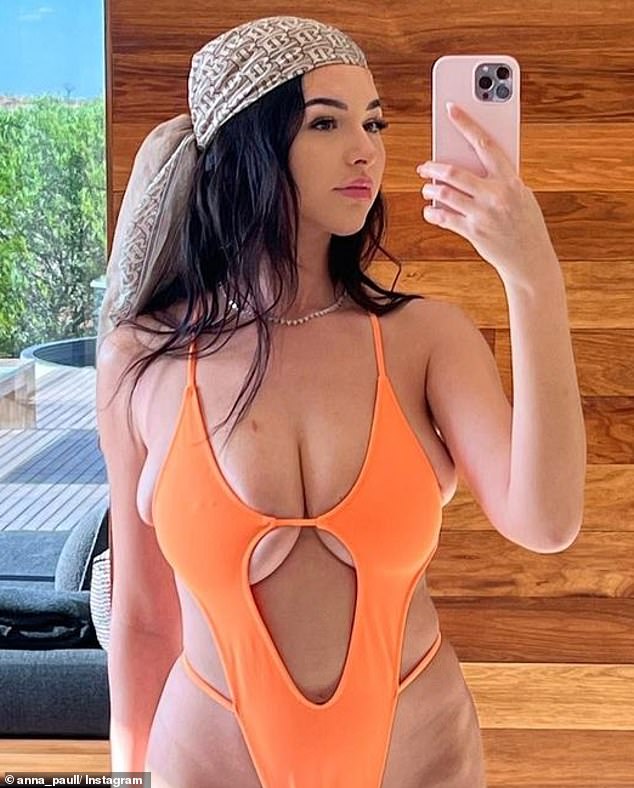 Passionate fans chanted Paul’s name as they filled the street, while one eager fan even brought a pony to event. (Paul is seen here in a recent Instagram photo)

‘Due to the size of the crowd and lack of appropriate security and other event planning in place to cope with the larger than expected crowd, and in consultation with the store management, the event was closed down and police commenced dispersing the crowd from the area,’ a police spokesman said.

Fans were seen lining up for the event at 8am.

One person claimed fans had camped overnight to meet the star.

‘I got there at 2am and got to see her, but only for a split second and barely could say anything, but still very grateful. So sad it got cancelled,’ one said.

Paul quickly returned to social media after the chaos, apologising for the event being cancelled and saying she´d tried to work with police to control it.