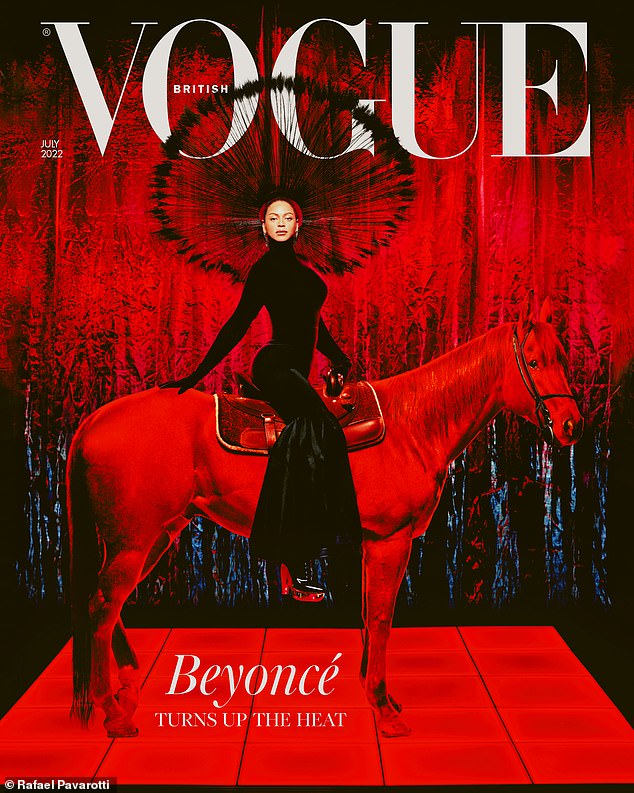 Behind the scenes of Beyonce’s Vogue shoot: ‘Relaxed’ singer arrived on set fresh from the school run and tucked into ribs, cream corn and mash

By Rebecca Lawrence For Mailonline

She marked her grand return to showbusiness with a British Vogue covershoot in which she revealed she’d be releasing new music after a six-year hiatus.

The singer, 40, looked phenomenal in the dazzling photoshoot, with the striking cover shot seeing her model a fitted black dress and elaborate headpiece while sat atop a horse.

Yet while she may have looked the epitome of glamour in the glossy magazine, behind the scenes Beyonce was radiating a far more casual vibe.

Behind the scenes of Beyonce’s Vogue shoot: Edward Enniful reveals the ‘relaxed’ singer arrived on set fresh from the school run and tucked into ribs, cream corn and mash

The mother-of-three shares Blue Ivy, nine, and twins Sir and Rumi, five, with husband Jay-Z – who later showed up to surprise her on the set of the photoshoot.

Edward revealed: ‘On a bright morning in early April this year – a few days after her performance at the Oscars (and first nomination) – she arrived fresh from the school run and ready to shoot. White T-shirt, skinny jeans, a Louboutin heel, hair in a ponytail: this was B in relaxed collaborator mode.

‘It was a magical mood and soon B was walking around feeling easy and free to be herself. Her husband and kids came to surprise her on set. It was a family day out – albeit a slightly surreal one.’ 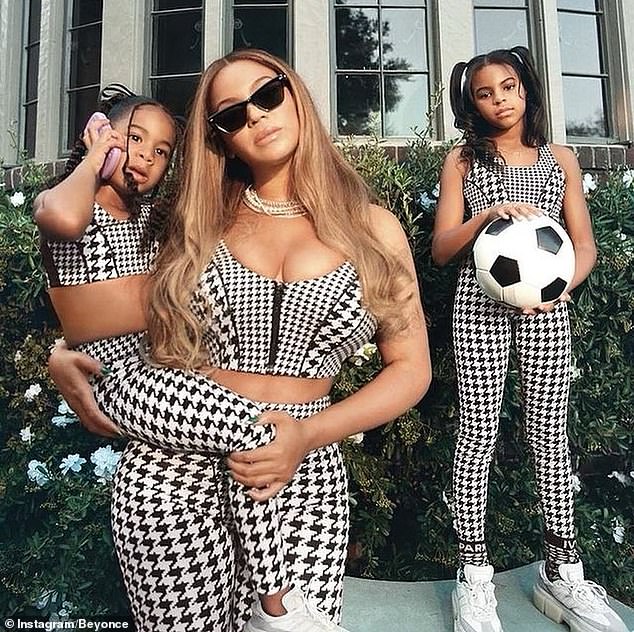 After the shoot Beyonce opened up the doors to her home as she invited Edward round for the accompanying interview.

He gave an insight into what it was like visiting the family home, saying: ‘I find myself truly en famille, sitting at Beyoncé’s dinner table on a Sunday night.

‘I’m a little stunned at how relaxed it all is…As a scrumptious dinner of ribs, cream corn, peas and mashed potatoes is served, I’m not sure the mood could be any cosier.

‘At this point, her ironclad devotion to professionalism and privacy is legendary and yet here she is at home with her hair loose, not a stitch of make-up on, wearing a hoodie, just being herself.’

Edward also noted that Beyonce’s ‘armour is so lowered, her laughter so infectious, her skin so glowy, she honestly looks like a teenager.’

Shot by Rafael Pavarotti, the Vogue spread comes just hours after Beyonce announced she is finally releasing her highly-anticipated seventh studio album, Renaissance, which she played to Edward on her laptop while they sit on sofas. 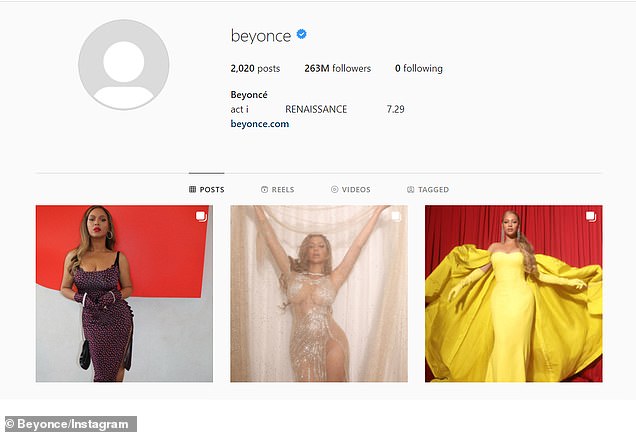 There are going to be 16 tracks featured on the new album.

Images to be revealed! Fans can now pre-order the four $39.99 Renaissance box sets, which come in different mystery ‘poses’ and includes a T-shirt, CD, 28-page booklet, and mini-poster