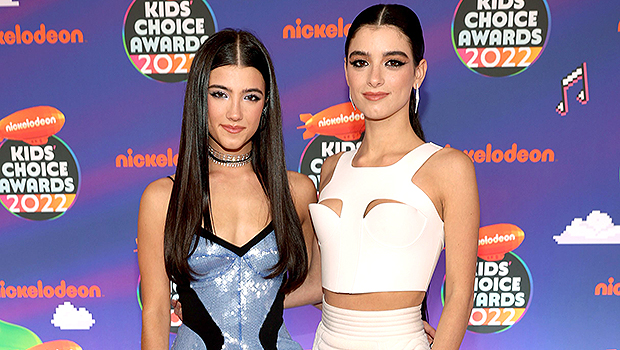 Who is ready to splurge on the new Social Tourist drop from Dixie and Charli D’Amelio? The star sisters have been teasing their upcoming July collection as “one of the best yet,” and spoke more about it to HollywoodLife in an EXCLUSIVE interview from their new LA pop-up store. “For this next collection, it’s a lot of fun colors, a lot of pop art, but also some just staple everyday pieces,” Charli dished. “Then, for future collections, it’s a lot more growing up with us,” Dixie added.

“It’s a little bit more… not mature in a way where it’s like older, but more mature than I think what I would have done when I was 16 when we started this,” Charli continued. In the last two years since launching Social Tourist, the sisters have branched out from cozy merch to stylish crop tops, corset mini dresses, denim pants and even leather skirts.

“I think there are definitely pieces that show a little bit more of our personality each way, but I also think we can take the same pieces and style it very differently,” the 18-year-old social media star explained, adding that the sisters were currently wearing the same pants, but looked “completely different.” “She’s in all black and I’m in neon. We can take it in our own ways!” Charli pointed out.

The girls also shared their excitement over the Social Tourist LA pop-up and why it was the “perfect time” to open their first brick and mortar location. “Where the collections are right now and where they’re going over the next few months just keep getting better and better, so it will be great for people to get to see the clothes in person,” Dixie said. The songstress was also celebrating the release of her debut album a letter to me, which has been met with rave reviews. “I can’t wait to show everyone the whole album on tour, which I’m so excited for,” she teased.

Charli added that her favorite song on the album is the title track and joked that she hoped her sister would bring her out on the road with her as a “plus one.” The content creator also shared details on her recent perfume launch, Born Dreamer with Ulta Beauty, and said the experience was “a dream.” “I got to go to the south of France and actually be able to smell literally the best smells that you could ever think of. It was just so much fun,” she gushed. “Like, imagine you’re smelling things for like hours and hours and you don’t have a headache — that’s how fresh and pure it all was. It was the best thing ever.”