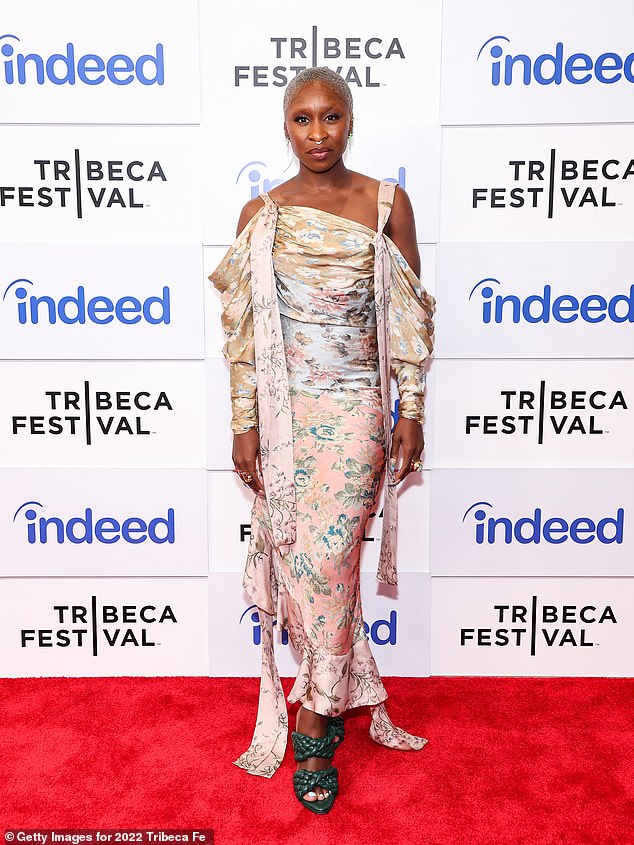 By Adam S. Levy For Dailymail.com

The 35-year-old actress was clad in a floral gown with shoulder straps at the event, which is part of the ongoing Tribeca Festival.

The London native wore black open-toe sandals, accessorizing with earrings and multiple rings at the luxe event in the Big Apple.

Erivo opened up about her career Sunday during a storyteller conversation, saying that rejection can sometimes be a blessing in disguise.

‘Sometimes no’s are the best way to protect you from the thing that you’re not supposed to be doing because it creates the space for the yes that you’re supposed to have in the first place,’ Erivo said, according to Variety. ‘When the no comes, even though it stings in the beginning, sometimes you’ll know deep down it’s okay.’

Erivo also opened up about her role in the forthcoming movie adaptation of Wicked, as she will play the role of Elphaba – the nascent Wicked Witch of the West – opposite Ariana Grande, who’s playing Glinda the Good Witch in the two-part movie. 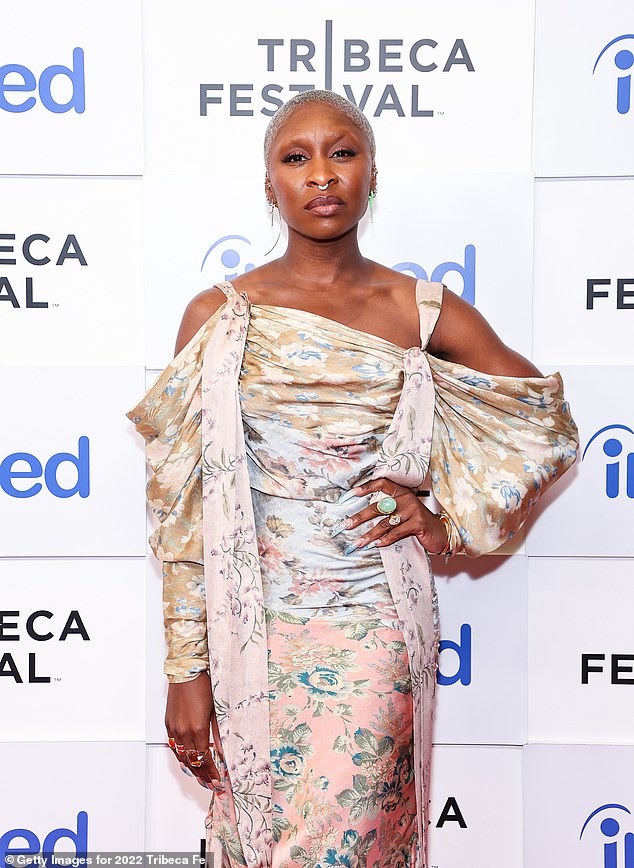 The actress was clad in a floral gown with shoulder straps at the event, which is part of the ongoing Tribeca Festival 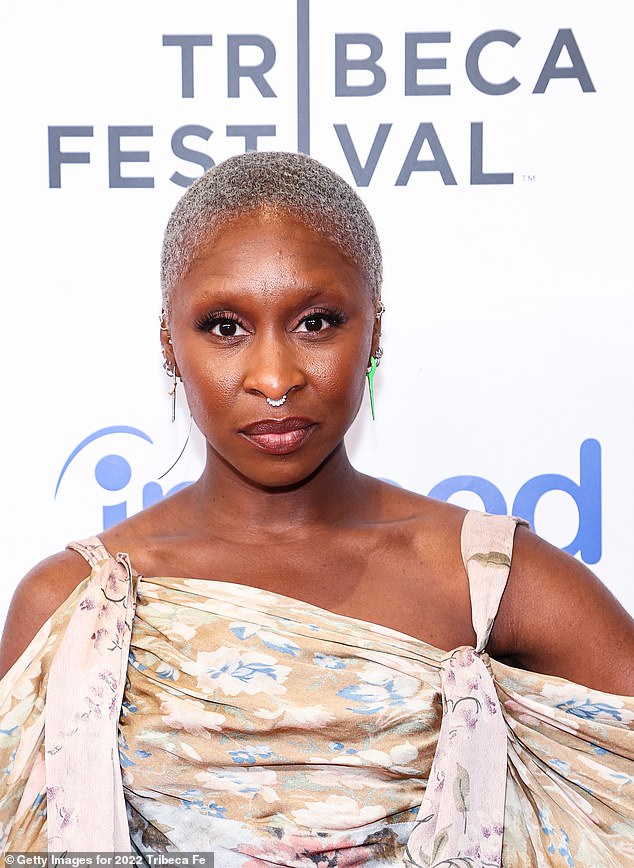 Erivo said she’s been in touch with Grande ahead of production later this year.

‘I saw her a couple of months ago, we’ve been FaceTiming and talking,’ she said. ‘I get to speak to her a lot now. We’re gonna be in each other’s lives for a bit.’

Erivo said that ‘the most exciting thing’ about exploring the role ‘is getting to ground her [character] out and seeing the reasons why she is the way she is.’ 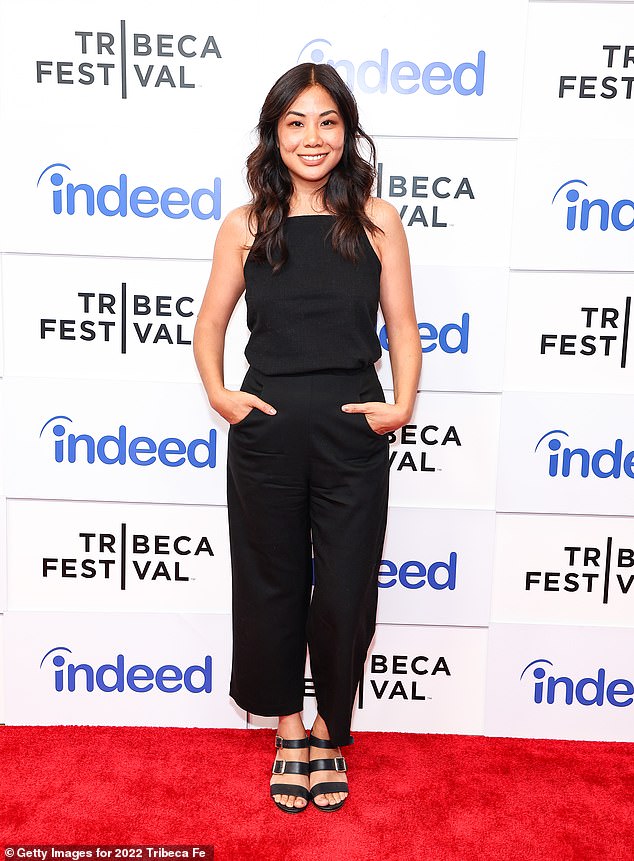 Film director Georgia Fu donned an all-black ensemble with a tank top and pants with strappy sandals on the red carpet. 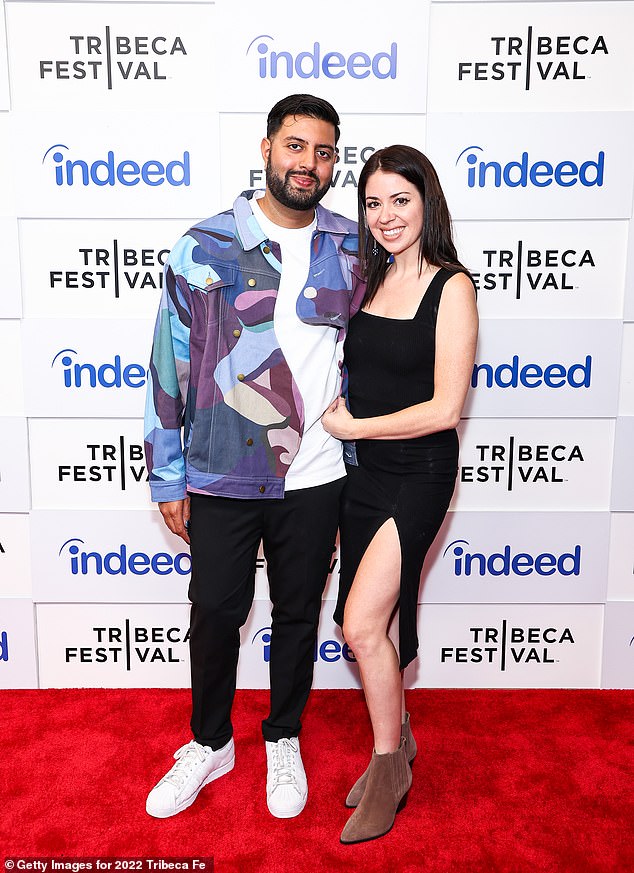 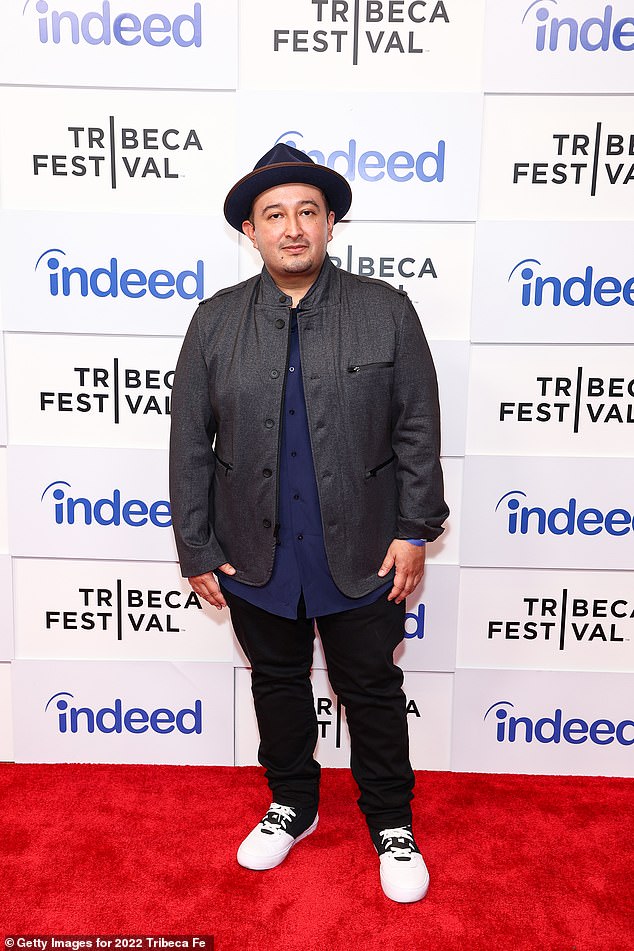