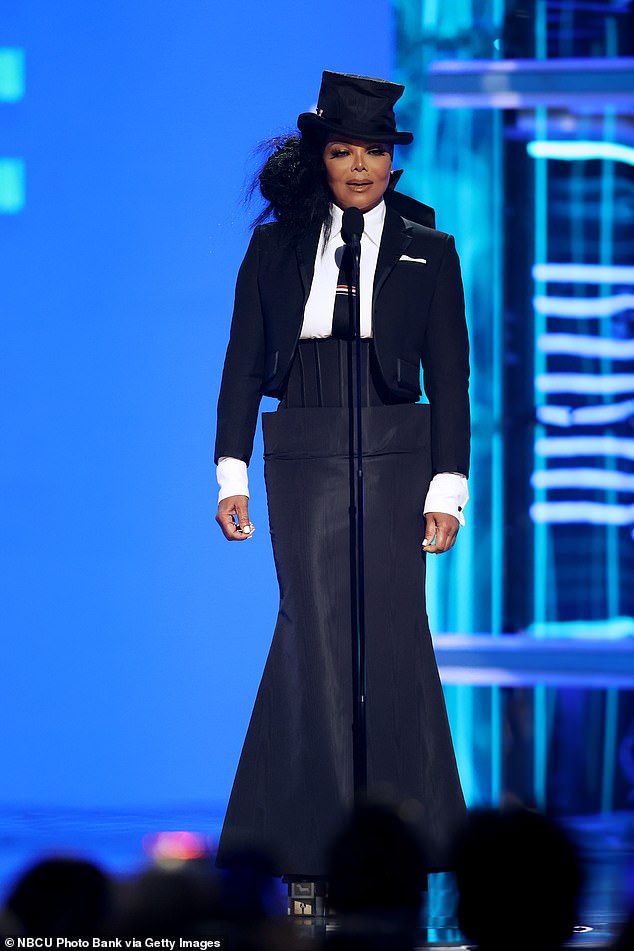 Janet Jackson said she plans to release new music after a seven-year wait between studio albums in her new cover story for Essence.

The 56-year-old pop and R&B legend signaled that it might be a bit of a wait for her die-hard fans, as her ‘number one job’ at the moment is ‘being a mama.’

The singer–songwriter, who shares her five-year-old son Eissa Al Mana with her ex-husband Wissam Al Mana, has been trying to devote her time to her child while he’s still young, before she heads back into the recording studio.

Mother first: Janet Jackson, 56, signaled in her Essence cover story on Wednesday that she would be releasing new music in the near future, but first she was focusing on parenting her son Eissa Al Mana, five; seen May 15 in Las Vegas

‘Even though it’s something that I absolutely love, it still is my work, my job,’ Janet explained. ‘There will be music at some point. Exactly when? I can’t say just yet, but there will be. I love it too much not to do it. This is all I know.’

She added that, ‘There’s so much that I want to do — but my number one job is being a mama.’

Janet was interviewed in May, shortly before her 56th birthday and her appearance at the Billboard Music Awards on May 15, where she paid tribute to her longtime friend Mary J. Blige.

The All For You singer has been based in London in recent years, as she’s raising her young son there. 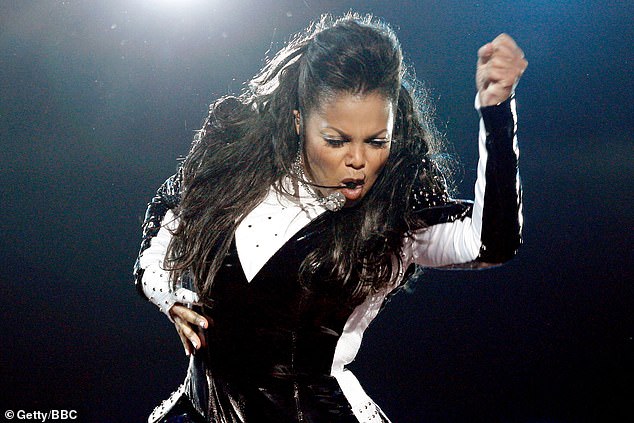 Can’t stop: ‘There will be music at some point. Exactly when? I can’t say just yet, but there will be. I love it too much not to do it. This is all I know,’ she said; pictured in 2011

Janet sounded upbeat about her music career, even if life circumstances mounted to keep it on hold for a while longer.

‘It’s so funny because I see the fans asking, “When are we going to get Black Diamond?” “Will you please release?” Sometimes things happen that you don’t expect to happen, and you have to figure things out — or you’re in a space in your life when you have to take a step back and take a break for a minute,’ she said.

Because the hitmaker’s music statements have been few and far between lately, she tried to clear up some misconceptions people tend to have about her. 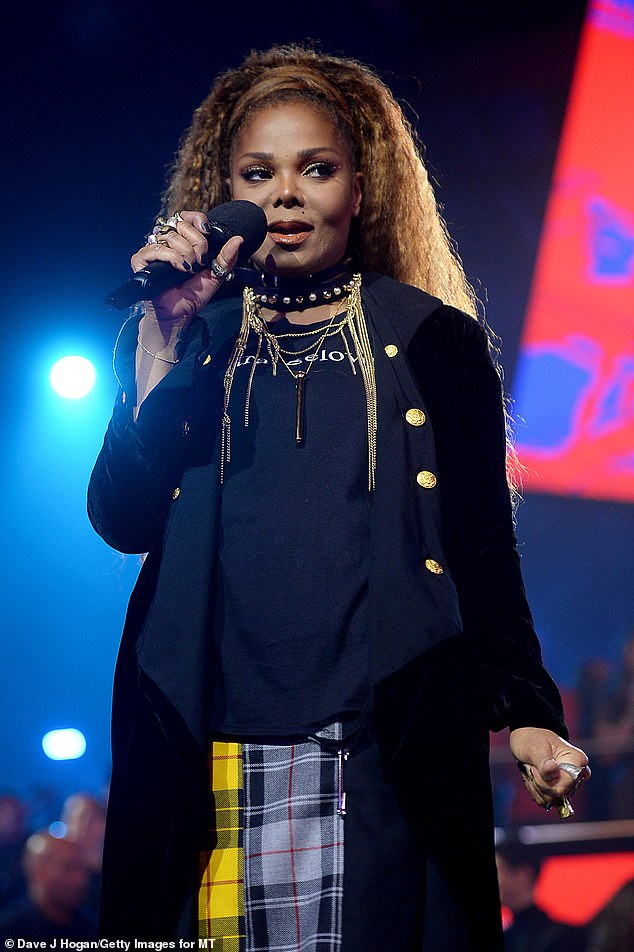 Family: She added that, ‘There’s so much that I want to do — but my number one job is being a mama’; pictured in 2018 in Bilbao, Spain

The conversation turned to the documentary series about Janet that was released in January, which she produced with her brother Randy Jackson.

Even after looking back at all she had accomplished throughout her career, the performer said she wasn’t one to put much stock in professional accomplishments.

‘I’ve never been that person to have my awards on display. There’s nothing wrong with it, that’s just not me. Being able to wake up and see my baby another day. The space I might be in at that moment within my soul. What I’ve accomplished within myself. How far I’ve come from that child there to the woman that I am today. That’s success,’ she explained.

‘If you came to my home, you would never know — if you did not know who I was — that I am an entertainer. I don’t have one award on my wall.’

Janet wasn’t just exaggerating, as she said she keeps all her awards in a ‘warehouse’ out of public view.

‘I’m just saving them for my baby, whatever he wants to do with them. I remember when Jermaine [Dupri] and I were together, he said to me, “Where are your Grammys? Why don’t you have your Grammys?” So I had them brought over, because he wanted them out, so that’s what I did,’ she recalled. ‘Just the Grammys, nothing else. After we went our separate ways, they went back in the warehouse and haven’t come out since.’ 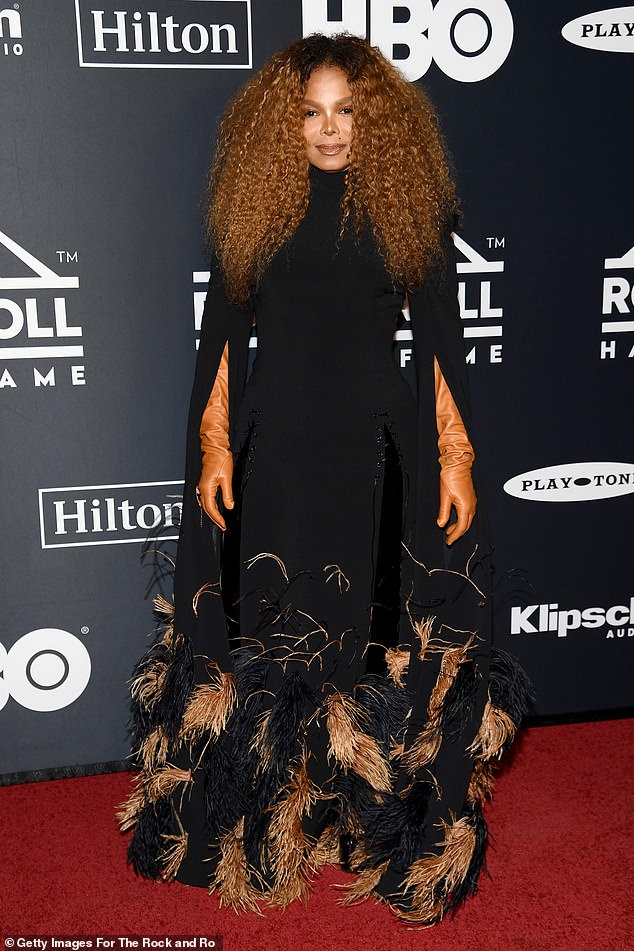 Not interested: Janet admitted that she doesn’t care about accolades and keeps her awards in a warehouse. ‘I’m just saving them for my baby, whatever he wants to do with them,’ she said; seen in 2019 in NYC

During her interview, Janet shared her brief feelings as she looked back on the covers of some of her classic LPs, including her 1986 album Control, which was influential on the burgeoning new jack swing genre.

But when the interview wondered if the sister of Michael Jackson — and her producers and co-writers Jimmy Jam and Terry Lewis — had gotten the recognition they deserved for the album, she didn’t seem to have worried about that at all.

‘That’s not important to me, whether I did or didn’t, to be quite honest. It’s really the body of music touching people and how it impacts their lives that matters to me. It’s not the accolades. I honestly don’t think about that stuff.’ 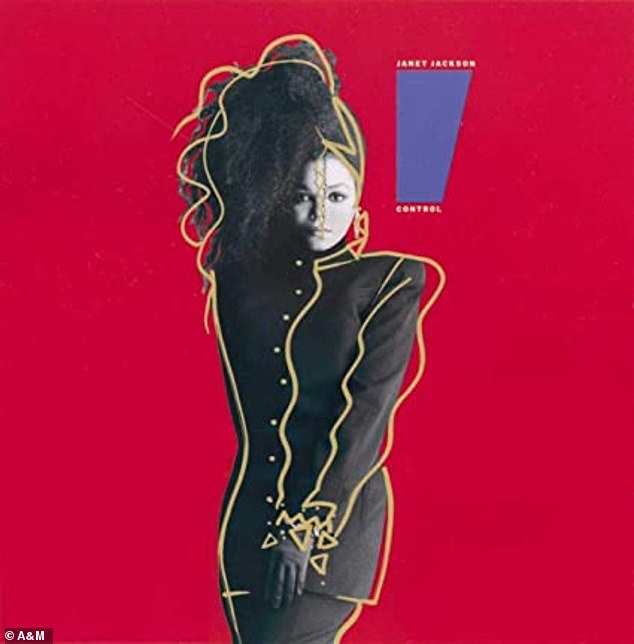 No fuss: She said she didn’t care if her 1986 LP Control (pictured) was influential. ‘That’s not important to me, whether I did or didn’t, to be quite honest. It’s really the body of music touching people and how it impacts their lives that matters to me’