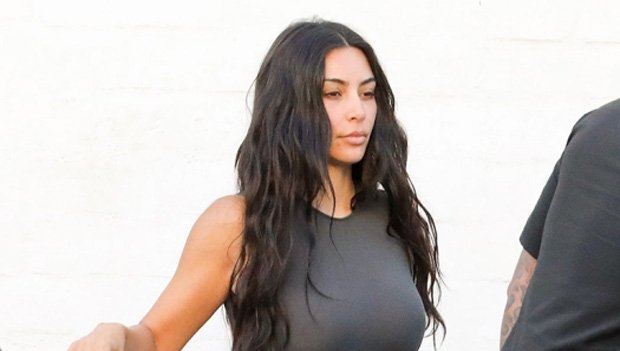 Kim Kardashian stripped down to a bare face to promote her new skincare line, SKKN BY KIM, to fans on June 14. The 41-year-old mother of four demonstrated the multi-step routine her SKKN line promotes and began with a completely makeup-free face, something fans don’t often get to see from the reality star and businesswoman. “Okay, so I’m going to wash my face. I have so much makeup on. This is like a typical workday, with this much makeup,” she began in the video, which she posted to her Instagram page. She commenced her process by removing as much makeup as she could with a facial wipe.

Once her seemingly flawless skin was makeup-free, Kim went in with a cleanser from her brand, which retails for $43. “I love like a light foamy,” she said before washing the cleanser into her blemish-free face. Afterward, she dampened her skin and used an exfoliating scrub, which will cost buyers $55. After she rinsed off the scrub, she went in and patted her face with a clean washcloth, which she claimed is “like an extra layer of exfoliation.”

The rest of Kim’s regimen was then carried out by her go-to esthetician Joanna Czech. She started off with Kim’s $45 toner, which she purposely pressed into Kim’s skin for maximum pore penetration. A $90 hyaluronic acid serum followed the toner, which has an “all-natural” rose essence in it. Kim commented on how much she enjoyed the smell of the serum. Kim’s $ 95-night oil, $75 eye cream, and finally, some $85 face cream, rounded out the experience. Joanna made sure to mention eye cream should always be applied before face cream because it’s thinner. After Joanna’s facial was over, she and Kim agreed that Kim’s skin was “glowing.” Kim’s SKKN line also includes $95 oil drops and $90 vitamin C serum, which did not appear to be included in the luxurious facial.

Kim announced her skincare line on June 1 and launched its Instagram page as well. “I’m excited to finally introduce to you SKKN BY KIM, a rejuvenating nine-product skincare ritual that I have developed from start to finish,” she tweeted. In a post to her Instagram page on June 11, the SKIMS founder gushed over working with Joanna to bring her new line to life. “I have learned so much from @joannaczechofficial over the years, so creating my skincare line with her insight has been a dream come true. We put so much thought into each formula and chose the finest ingredients to help everyone’s skin look and feel its best. I can’t wait for you guys to experience the collection,” she wrote.

SKKN officially launches on June 21 and will be Kim’s leading skincare and beauty endeavor as her original KKW Beauty and KKW Fragrance brands undergo a makeover following her divorce from Kanye West.