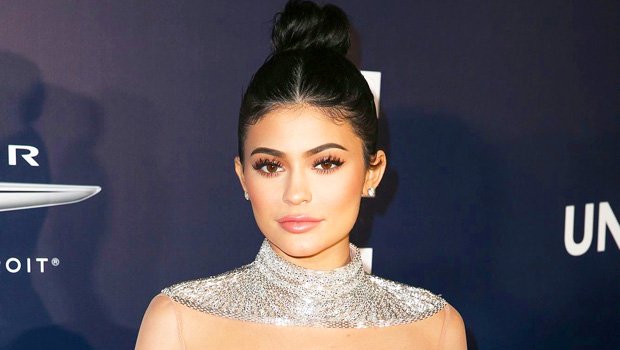 Kylie Jenner took to Instagram on June 3 to show off new photos of herself on vacation. In the pics, Kylie is lounging at the side of a boat while cruising across a lake. She’s wearing a silver, one-piece swimsuit and sunglasses, tilting her head towards the sun to catch some rays. “Lake life,” she captioned the two pictures.

Later on, she added more shots from the trip to her Instagram Story. In several videos, Kylie and two of her friends are having a blast while riding in a tube on the lake. The boat is pulling them across the water quickly, with their audible screams echoing in the air.

Kylie did not disclose where she is on her lakeside vacation, but she definitely looks to be having a blast! The makeup mogul has had her hands full with a newborn baby in recent months — her son was born in February — so this was a nice excuse to have some fun. In addition to the newborn baby boy, Kylie and her partner, Travis Scott, also have a four-year-old daughter, Stormi Webster.

Even though Kylie and Travis’s son is four months old, they have yet to publicly reveal his name. When the infant was first born, the couple revealed that his name was Wolf Webster. However, weeks later, Kylie revealed that they would be changing the name because they didn’t feel like Wolf “fit” their son. It’s unclear if Kylie and Travis have even chosen a new name yet, or if they’re still making that decision.

At the end of May, Kylie got in some bonding time with Stormi when they traveled to Italy together for Kourtney Kardashian and Travis Barker’s wedding. Stormi looked adorable at the ceremony, wearing an adorable purple dress as she stayed close to Kylie and other KarJenner family members. Kourtney’s three children were also in attendance, as well as Kim Kardashian’s daughter, North West. The rest of the KarJenner kids stayed home.