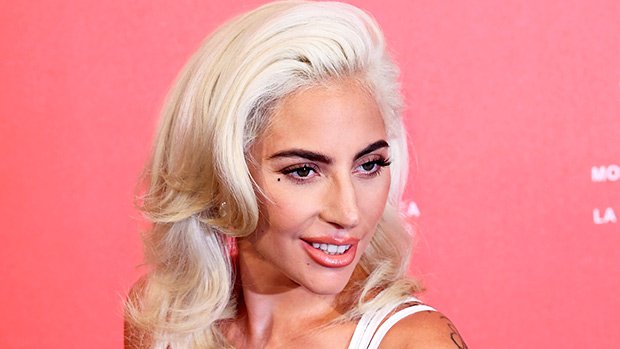 Somewhere, Tony Bennett is smiling in pride over his dear friend, Lady Gaga. In videos posted to her Instagram Story on Wednesday, Gaga, 33, met up with her beauty guru Frederic Aspiras, and their beauty sesh turned into an entire Las Vegas production. As Frederic was doing their magic, Gaga decided to bust out a version of “Do It,” one of the songs that she and Tony, 95, covered on their Grammy Award-winning album, Love For Sale. “And that’s why birds do it / bees do it / Even educated fleas do it,” crooned Gaga in the videos. “Let’s do it / let’s fall in love.”

It should be noted that as Gaga was singing, she had plenty of product in her locks. Despite that, and the fact she was wearing just a plain white t-shirt, Gaga had some grace and dignity in her performance. She also made it fun with her emotive expressions. Though, it helped that she had her own backup dancer. Frederic proved that they know when to seize a moment, as they were slaying with the choreography while Gaga sang. Frederic was living for the song and embodying the jazzy standard…at least, until it all devolved into giggles and smiles.

In addition to these videos of her hair-raising performance, Gaga shared the cover art to her upcoming single, “Hold My Hand.” The song will be featured in the forthcoming Top Gun sequel, Top Gun: Maverick, and Gaga shared a few details behind the track’s creation. “When I wrote this song for Top Gun: Maverick, I didn’t even realize the multiple layers it spanned across the film’s heart, my own psyche, and the nature of the world we’ve been living in,” she wrote.

“ I’ve been working on it for years, perfecting it, trying to make it ours,” continued Gaga. “I wanted to make music into a song where we share our deep need to both be understood and try to understand each other—a longing to be close when we feel so far away and an ability to celebrate life’s heroes. I’m so grateful to Tom and Hans, and Joe for this opportunity—and it’s been a beautiful experience working with them. Me, BloodPop, Ben Rice, and everyone else who worked on it with us are so excited to share it with you. This song is a love letter to the world during and after a very hard time. I’ve wanted you to hear it for so long. And I’m so excited to give it to you on May 3.”