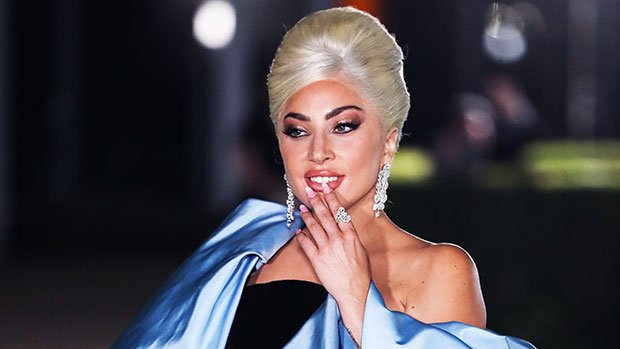 If you’ve got it, flaunt it. That’s exactly what Lady Gaga did in her new thirst-trap snapshot that she posted to Instagram on May 1. The “Born This Way” hitmaker, 36, posed in a sexy baby blue thong bikini from behind at a luxury pool in Las Vegas. Gaga cheekily stuck her butt out towards the camera as she showed off her fabulous figure in her stylish swimsuit.

In the photo, Gaga shielded her eyes from the beaming sun in Nevada by rocking a pair of black sunglasses. The superstar’s signature blonde hair reached down slightly past her shoulders. Gaga grabbed ahold of one of the railings in the pool as she posed on her tippy-toes to flash her booty to the camera.

Behind Gaga was a gorgeous backdrop featuring the luxury pool, a fountain, green trees, and the exterior of the opulent resort that she appears to be staying at in Vegas. She captioned the sexy snapshot, “Somebody’s 🧃.” For those that can’t tell, that’s a juice box emoji that Gaga cleverly included in her caption.

Gaga is currently in Sin City for her “Jazz & Piano” show that plays at Dolby Live at Park MGM Hotel and Casino. After she wraps in Vegas, Gaga will travel the world for her Chromatica Ball tour starting July 17 in Germany. She’ll do a total of 17 shows in Asia, Europe, and North America in support of her sixth studio album Chromatica, which features hit singles “Stupid Love” and “Rain on Me.” The tour wraps on September 10 in Los Angeles.

New music is coming from Gaga, as well. Her upcoming single, “Hold My Hand,” will be featured in the forthcoming Top Gun sequel, Top Gun: Maverick. Gaga shared the single’s cover art to Instagram and revealed that she’s been “perfecting” the song for years. “This song is a love letter to the world during and after a very hard time. I’ve wanted you to hear it for so long. And I’m so excited to give it to you on May 3,” she wrote.