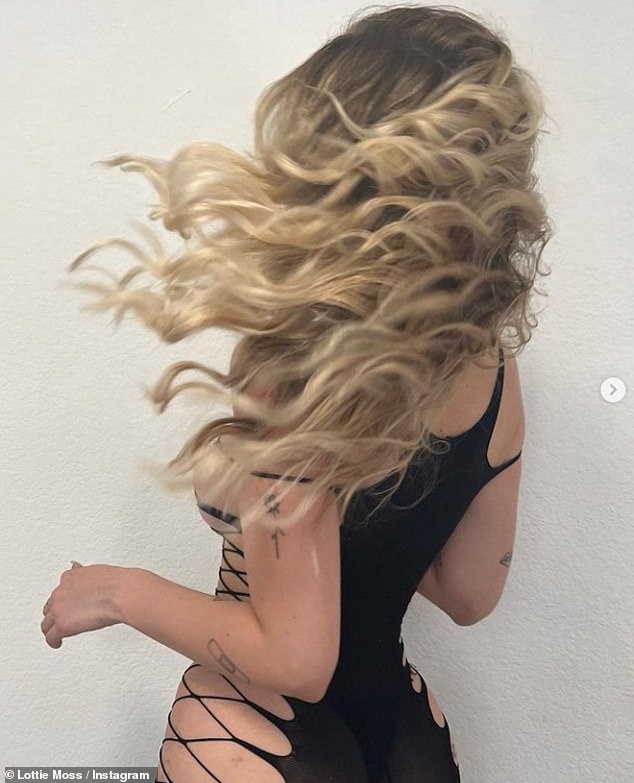 She is known for her racy snaps and has jetted to LA to shoot even sexier OnlyFans content for her fans.

And Lottie Moss put on yet another sizzling display as she posed up a storm in new pictures shared to Instagram on Wednesday.

The model, 24, flaunted her incredible curves in a figure-hugging black dress with daring crisscross side cut outs.

Sexy: Lottie Moss put on yet another sizzling display as she posed up a storm in a black dress in pictures shared to Instagram on Wednesday

Her golden tresses cascaded in glamorous waves across her back in the sultry snaps cheekily taken from behind, while she put her impressive array of tattoos on full display.

Her impressive tattoo collection includes a rose, a barbed wire red love heart, a plaster, lips, an underboob inking of three birds flying and one on her tattooed pert posterior that reads: ‘Not yours’.

Her inkings of a barbed wire heart and a plaster, which could be seen in the snaps, are two of the most recent additions to her collection, as she debuted the tattoos to Instagram just two weeks ago.

She simply captioned the post: ‘Here are some of my favourite tattoos:)’ 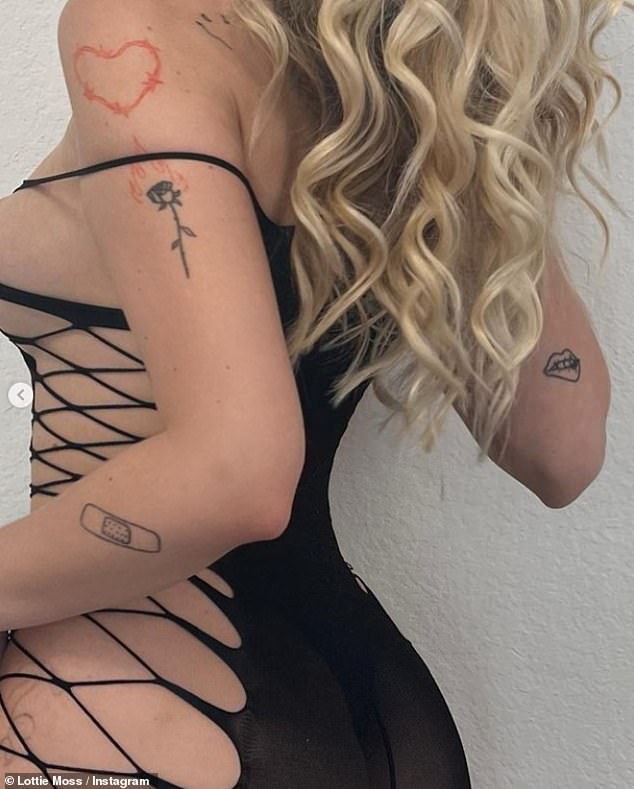 Daring: The model, 24, flaunted her incredible curves and her unique tattoos in a figure-hugging gown with daring criss-cross side cut outs

Her latest racy display comes after Lottie and Megan Barton-Hanson turned up the heat in saucy images after jetting to LA to shoot OnlyFans content.

In one snap from a lingerie shoot, Lottie and the Love Island star, 28, displayed their jaw-dropping figures in in racy 3D printed lingerie from artist Nusi Quero – while appearing to lean in for a kiss.

Every inch of her incredible figure was on show as she placed a hand on Lottie’s leg. 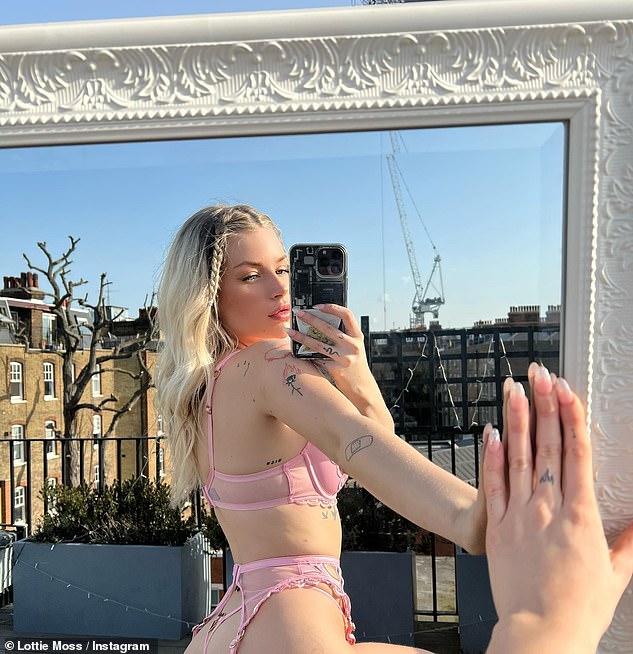 New ink: Her inkings of a barbed wire heart and a plaster are two of the most recent additions to her collection, as she debuted the tattoos to Instagram just two weeks ago

Lottie meanwhile posed up a storm in her pink design, with strategically-placed hearts ensuring she didn’t quite bare all.

Earlier this week, the Brit models filmed themselves as they posed in the busty ensembles.

Artist Nusi Quero has created futuristic 3D-rendered couture pieces for the Brit beauties, and the pair were delighted with the results as Megan teased in her posts ‘Your not ready’. 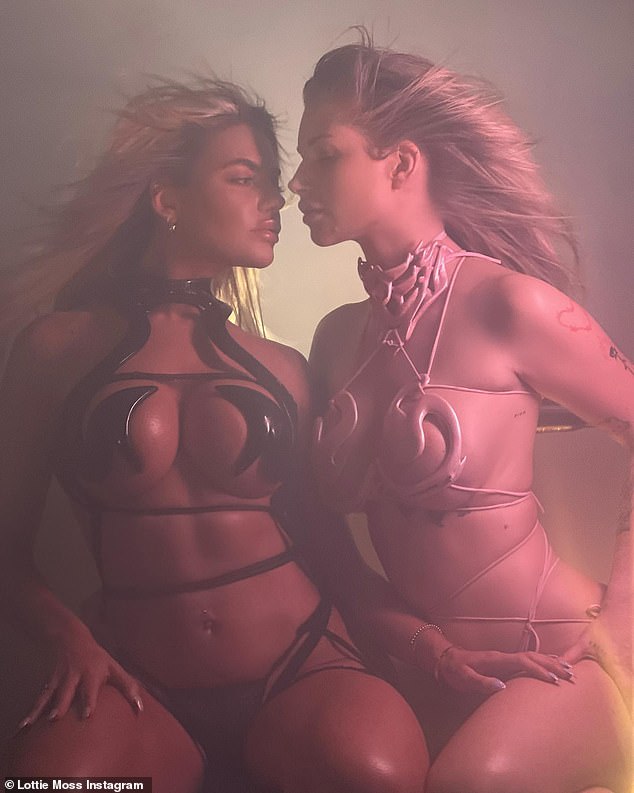 Wow: It comes after Lottie and Megan Barton Hanson continued to turn up the heat in another saucy image from a lingerie shoot in Los Angeles

Lottie revealed last month that she was moving to Los Angeles in order to do more work with her OnlyFans account.

She explained: ‘I need cheering up. I’m having a very stressful time at the moment. I’m moving to LA soon – in two weeks.

‘I’m moving to get more content. Lots more people do OnlyFans out there. London just isn’t for me. I’m moving with Megan Barton Hanson and we’re going to live in the same apartment and shoot content together. It’s going to be so hot.’

Detailing her plans, she continued: ‘I’m going to do more variations, more girl on girl. I’m not sure if I would do anything more intense but definitely more girl on girl like kissing and stuff.’ 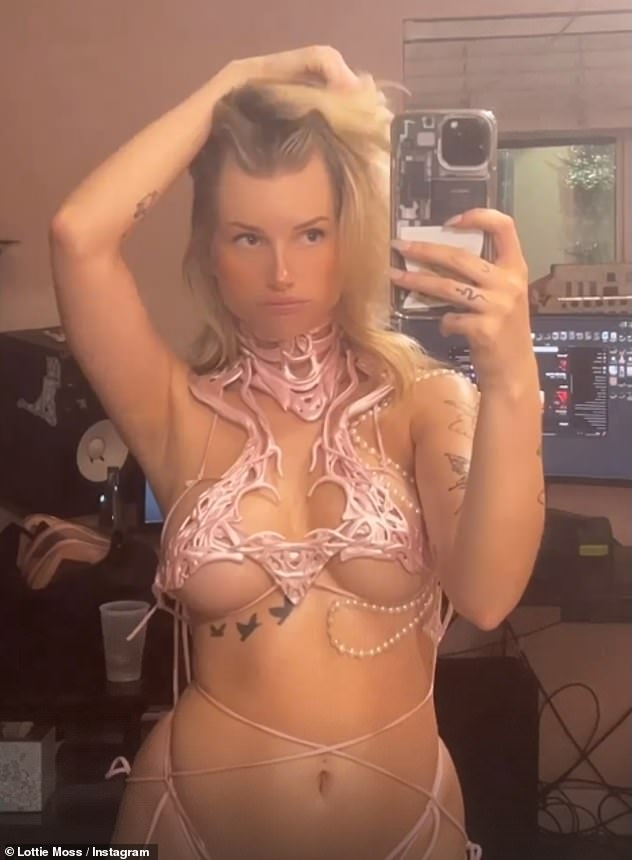 Pretty in pink: Lottie posed up a storm in her pink and pearl design, with strategically-placed hearts ensuring she didn’t quite bare all 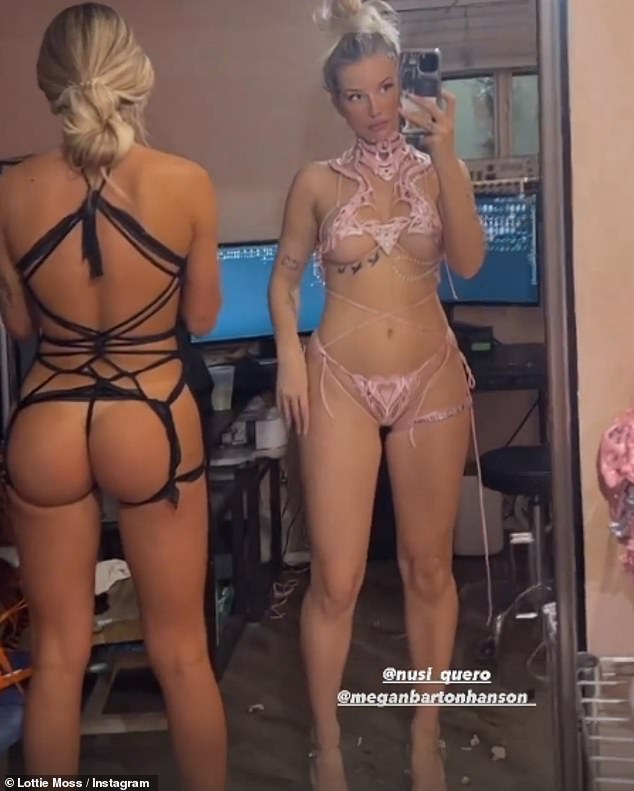 Cheeky: Meanwhile, every inch of Love Islander Megan’s incredible figure was on show, as she turned to show off the tiny thong and suspenders

Lottie’s decision to move abroad comes after it was revealed that she has been axed by her modelling agency Storm.

Sources close to Storm Management suggest the firm, which has nurtured the careers of many successful young models including Cara Delevingne, 29, may have finally run out of patience with Lottie and permanently cut ties with her. 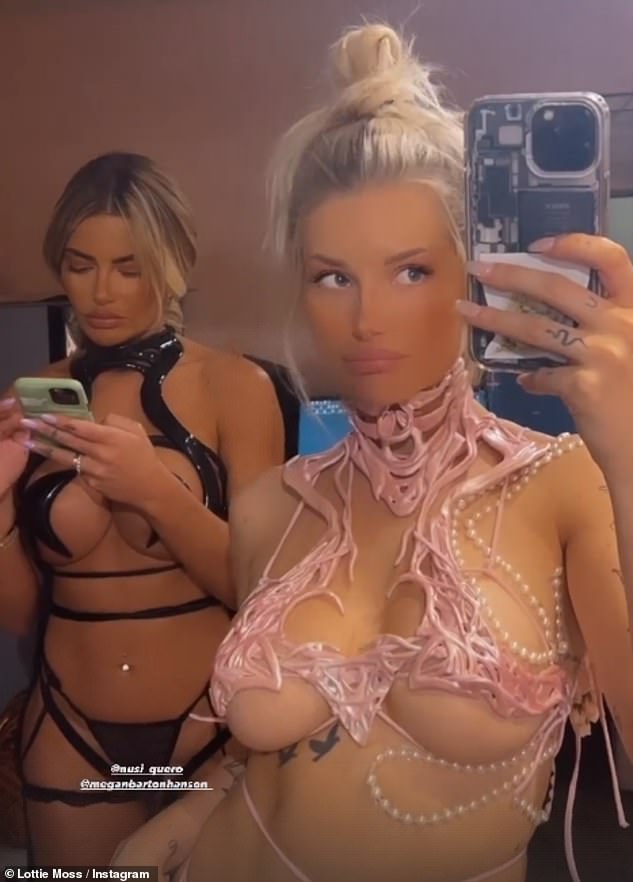 Couture: Artist Nusi Quero has created futuristic 3D-rendered couture pieces for the Brit beauties, and the pair were delighted with the results

As well as deleting her portfolio from the company’s website, Storm haven’t posted about Lottie to their Instagram profile, which is followed by 439K fans and industry professionals, since September 2020.

Lottie, in turn, has removed all mention of Storm from her social media where she now states that she is represented by We Are Verified, an independent agency based in Los Angeles that looks after social media influencers.

A fashion source told MailOnline that the company was forced to distance itself from Lottie after she confessed to having a ‘really bad addiction to cocaine’ and checked herself into rehab.

There was also growing concern amongst industry bosses over the amount of cosmetic surgery she has undergone when Storm models are banned from drastically altering their appearance. 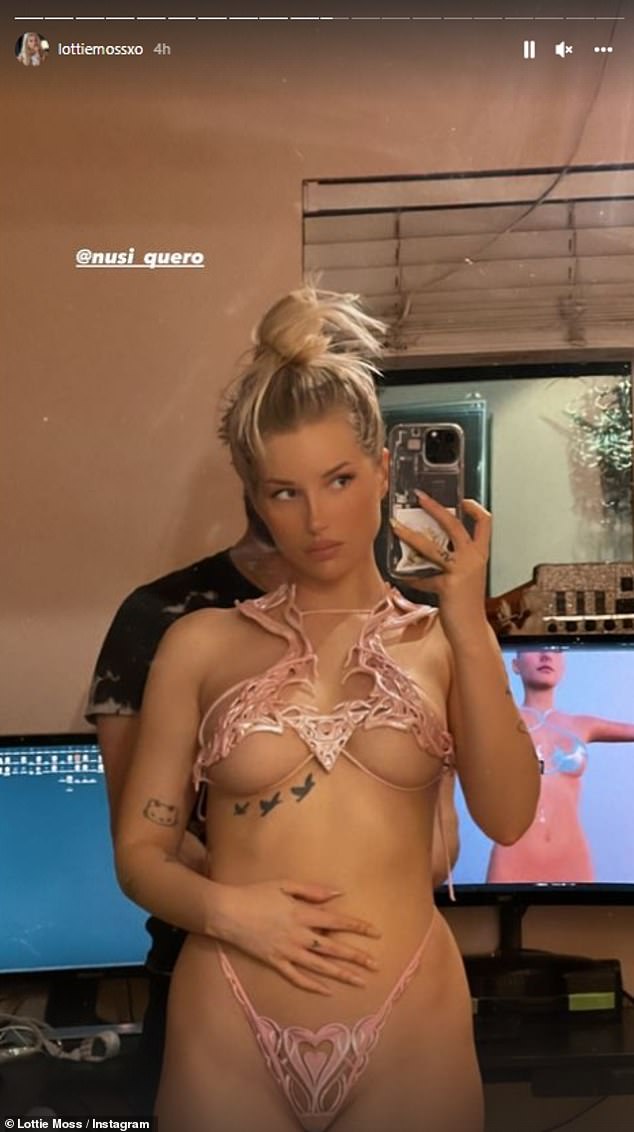 New content: Lottie revealed last month that she was moving to Los Angeles in order to do more work with her OnlyFans account

An insider revealed: ‘Lottie got caught up in the world of partying and drug taking and even confessed to having a cocaine addiction on social media.

‘She left Storm Management with no choice but to sever ties because that’s not the way they operate.

‘They are known for launching the successful careers of hundreds of models and the association with Lottie was beginning to tarnish their reputation.

‘Her partying lifestyle, sexualised content on Instagram, and her OnlyFans profile, made it impossible for Lottie to be signed for high fashion campaigns with the likes of Chanel and Calvin Klein, who she’s previously worked for.’