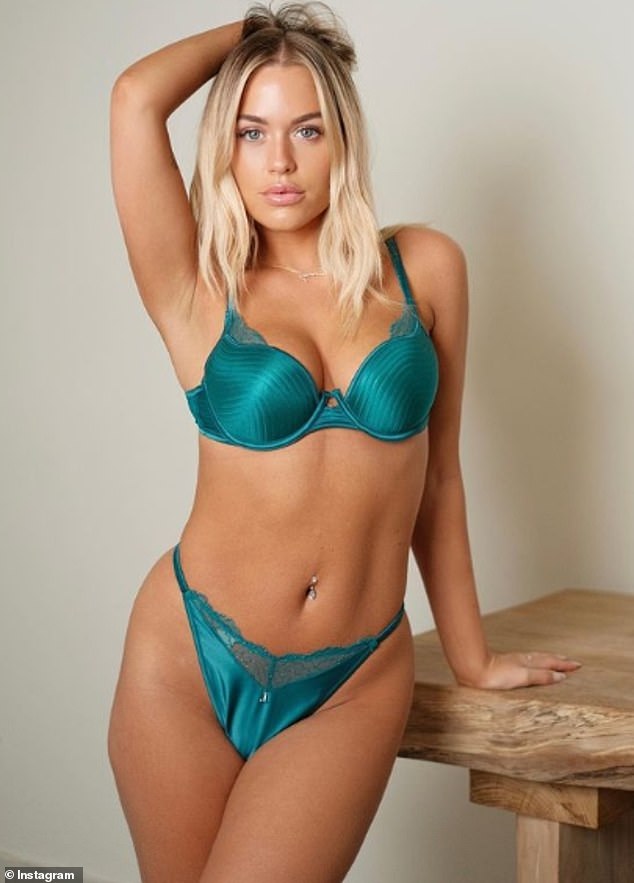 Lottie Tomlinson showed off her incredible figure in a racy teal lingerie set on Instagram on Wednesday, five months after giving birth.

The Tanologist founder, 24, looked confident in the £50 turquoise lingerie set from Lounge Underwear as she ran her hands through her hair.

The images come after Lottie revealed she had removed her facial fillers in a bid to look more natural.

In the images, she shows off a deep golden tan and wears her short locks out and over her shoulders in tousled curls.

Lottie’s set featured a balcony bra and chic lace detailing and was released just ahead of Valentine’s Day.

Her look was complete with natural-looking makeup including matte foundation, lashings of mascara and a glossy, pink lip. 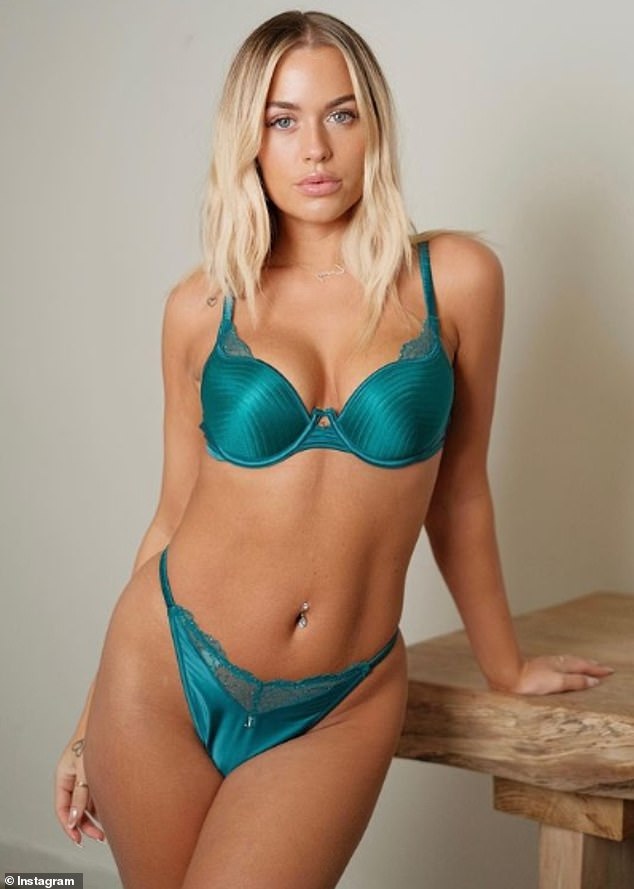 Blonde bombshell: In the images, Lottie showed off a deep golden tan and she wore her short locks out and over her shoulders in tousled curls 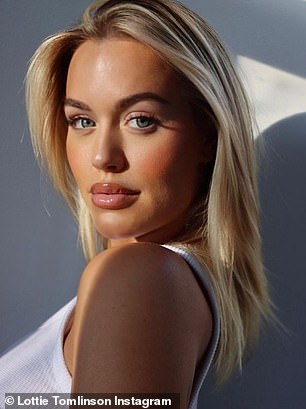 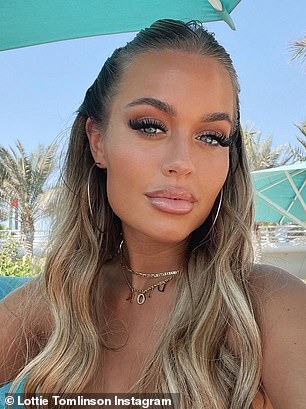 ‘One of the best decisions I’ve made’: Lottie showed off her ‘natural face’ after having all of her filler dissolved on Instagram recently

The influencer recently admitted it is ‘one of the best decisions’ to get her ‘natural face back’.

She penned: ‘Thank you @harley_st_injectables for giving me my natural face back. After years of having filler I decided to dissolve it all and embrace the natural me.

‘One of the best decisions I’ve made’.

Fillers are dissolved with injections of hyaluronidas which to break it down, speeding up the dissolving process that would take place over time

Last week, the sister of One Direction star Louis Tomlinson stripped off into a bright blue lingerie set.

In a video, she posed in front of a sofa donning a pair of open blue ripped jeans.

Lottie gave  birth to her son Lucky in August, who she shares with her partner Lewis Burton, 30. 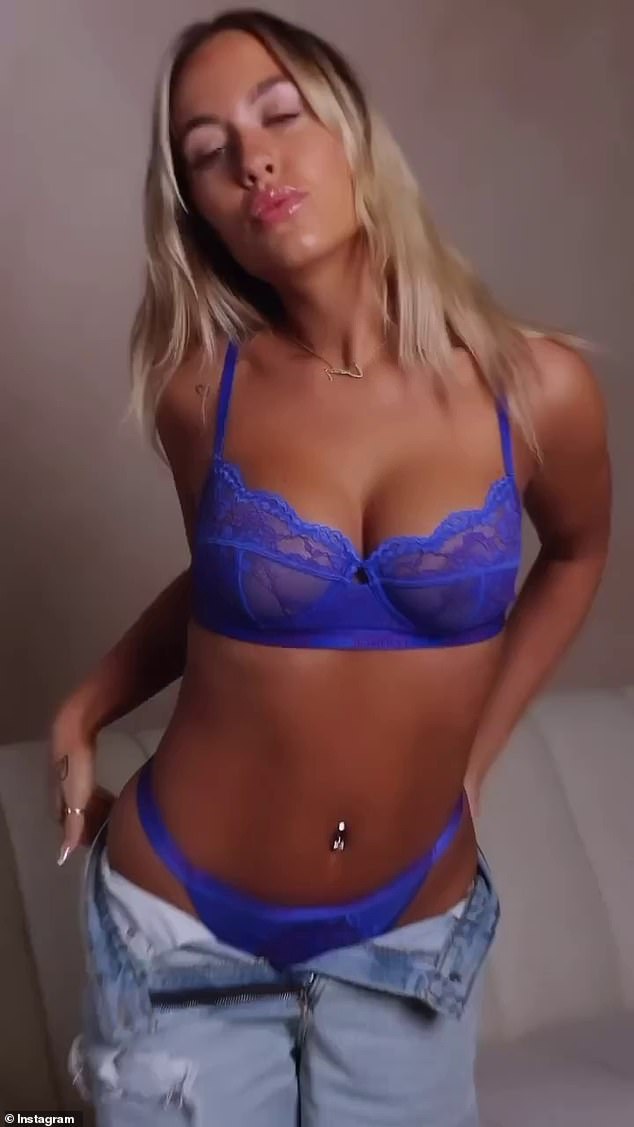 If you’ve got it! Last week, the sister of One Direction star Louis Tomlinson stripped off into a bright blue lingerie set

It comes after the influencer admitted she had been ‘hard’ on herself and how she looked since giving birth in the summer.

Taking to her Instagram stories previously, Lottie told her followers that her boyfriend Lewis convinced her to lift her 20kg weight loss in kettlebell form to see just how far she had come.

She penned: ‘Holding the amount of weight I’ve lost since having Lucky, I can be quite hard on myself about progress and how I look so Lewis told me to hold the 20Kg so I could feel how much weight I’d lost and how far I’d come…’.

‘I know it’s not necessary to get back into shape so soon after having a baby but it was really important for me as I gained a lot of weight and felt so unhealthy and low in energy and exercise has always been a key part of my routine to keep me strong mentally, I feel goood’. [sic] 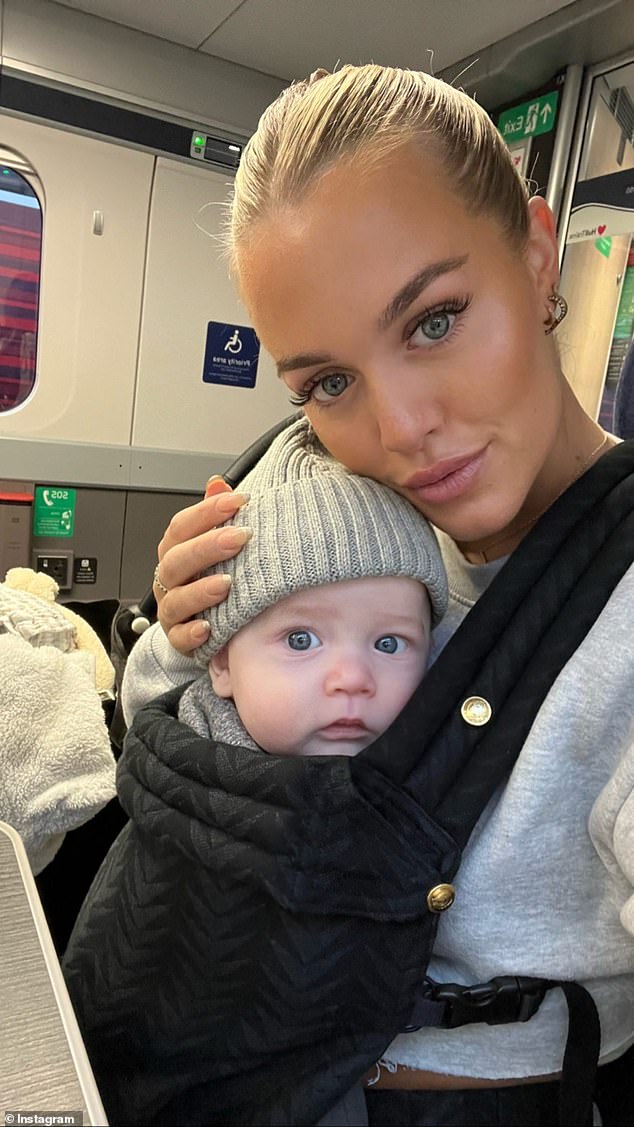 Struggles: It comes after the influencer admitted she had been ‘hard’ on herself and how she looked since giving birth in the summer