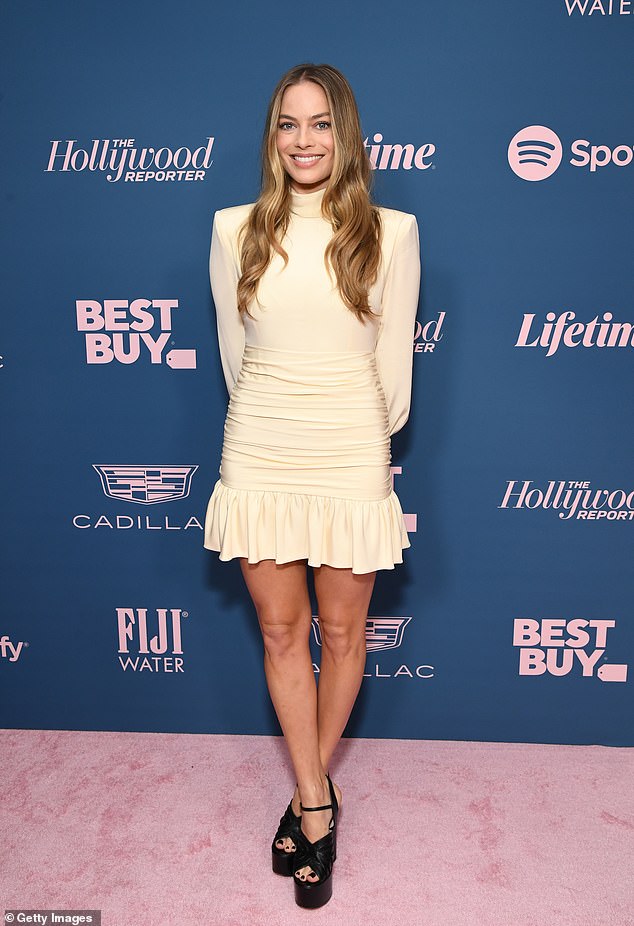 By Christine Rendon For Dailymail.com

The Harley Quinn: Birds of Prey actress displayed her legs in a cream mini dress with a playful, flouncy skirt as she attended the star-studded event held in Los Angeles on Wednesday.

Margot, whose wildly-anticipated film Barbie is now in post-production, looked stunning with her hair cascading down in romantic waves on either side of her exquisitely done complexion.

Her dress cinched into her hips and featured long, billowing sleeves and a turtleneck.

Already a natural beauty, Margot looked even more stunning with a slick of glossy lipstick and an earthy hue of eyeshadow swiped atop her lids.

As cheerful as the outfit looked, she served some edge with black platform heels and a coordinating hue of polish coated upon her nails.

Margot was among a slew of stars attending the event which included Heidi Klum, Addison Rae, and Brooklyn Beckham and his wife Nicola Peltz. 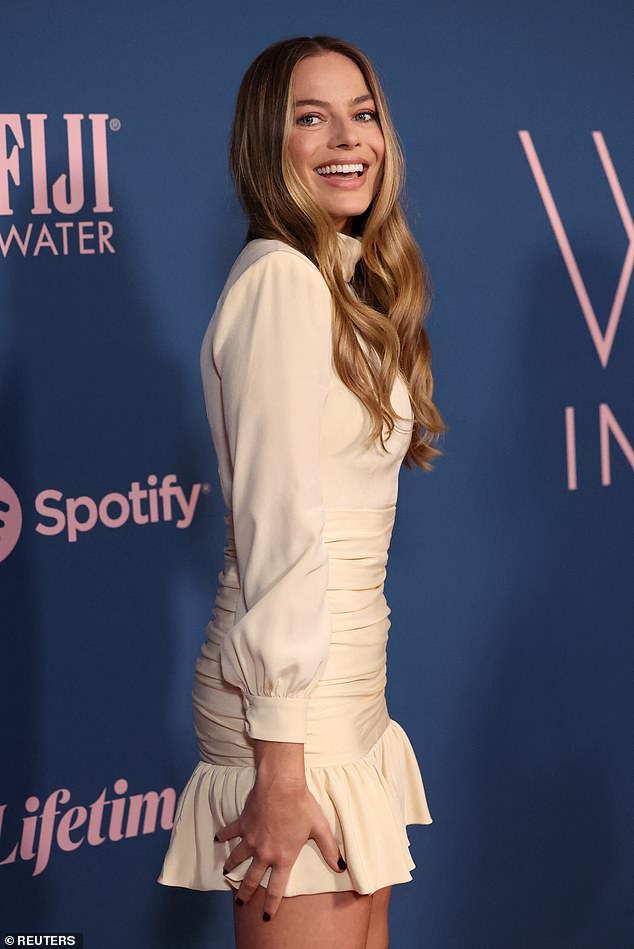 Nailed it! Injecting a hint of edge, Margot rocked a black manicure and pedicure

The outing comes after Margot revealed she has been pushing for her iconic film character Harley Quinn to have a lesbian romance in her new film.

The Amsterdam star said she wants the DC supervillain to have a relationship with fellow evildoer Poison Ivy in a live action movie, as she does in a cartoon.

‘I have been pushing for that for years. I cannot tell you how hard I want it,’ she told ComicBook.com.

Strike a pose! The Wolf Of Wall Street actress beamed with happiness on the pink carpet

Margot starred as Harley Quinn in both Suicide Squad and its sequel Birds of Prey but this side of the character was not explored in those movies.

She also told MTV News she was confident Lady Gaga would nail the role of Harley when she appeared alongside Joaquin Phoenix in the upcoming Joker sequel.

‘All I want is for Harley Quinn to be one of those characters, the way Macbeth or Batman is, that always gets passed from great actor to great actor.’ 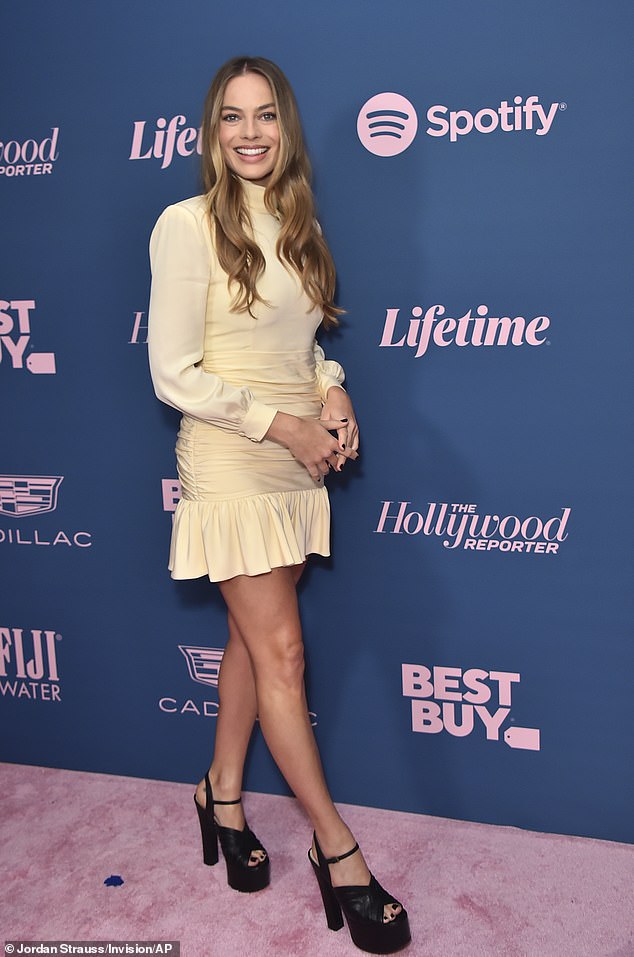 Superstars: Margot was among a slew of stars attending the event which included Heidi Klum, Addison Rae, and Brooklyn Beckham and his wife Nicola Peltz