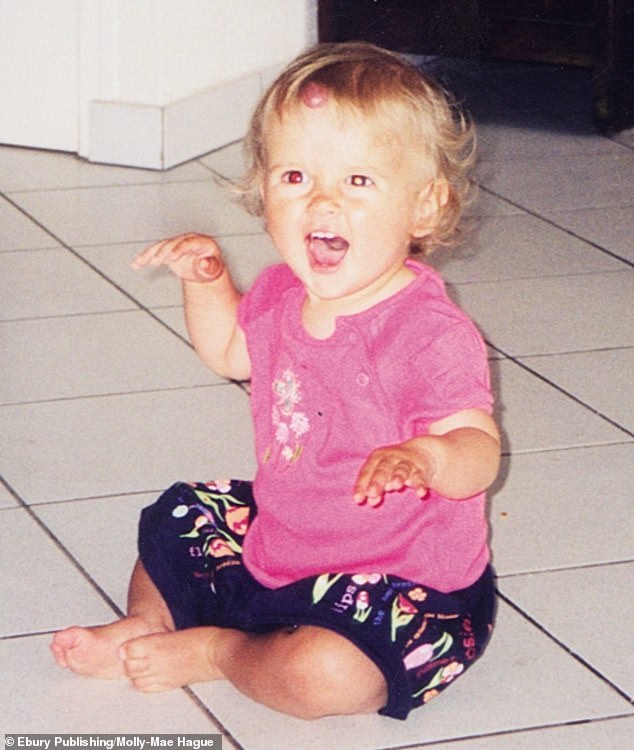 ‘I felt like chinning people who were rude to her’: Molly-Mae Hague’s dad discusses her ‘unfair and prominent’ strawberry birthmark in her new book as she shares pre-fame pictures

By Rebecca Davison for MailOnline

She earns a six-figure salary as creative director of PrettyLittleThing and has a host of lucrative social media deals.

But Molly-Mae Hague, 23, talks about her changing looks in her new book, Becoming Molly-Mae, released on June 9, as well as the strawberry birthmark she had on her face as a child.

Her father Stephen writes: ‘As dad to two daughters, I felt it was unfair for a girl to have the birthmark in such a prominent location.

‘I felt like chinning people who were rude to her’: Molly-Mae Hague’s dad discussed her ‘unfair and prominent’ strawberry birthmark in her new book released on Thursday (pictured)

‘I used to get into verbal fights with people who said rude things about it when they saw it and only because I was a copper did I stop myself “chinning” a few.

‘Her birthmark gave her an adorable quality. A lot of people stood up for her and protected her from cruel remarks.’

Molly herself spoke about her birthmark in the book and said that for a while, she didn’t even want to get rid of the mark because it made her stand out from the other children. 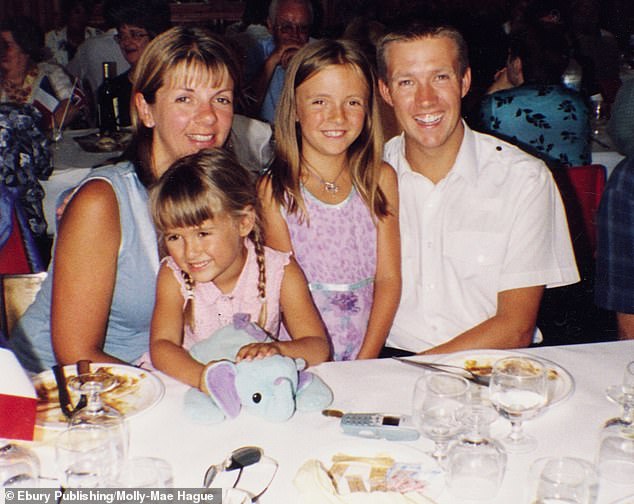 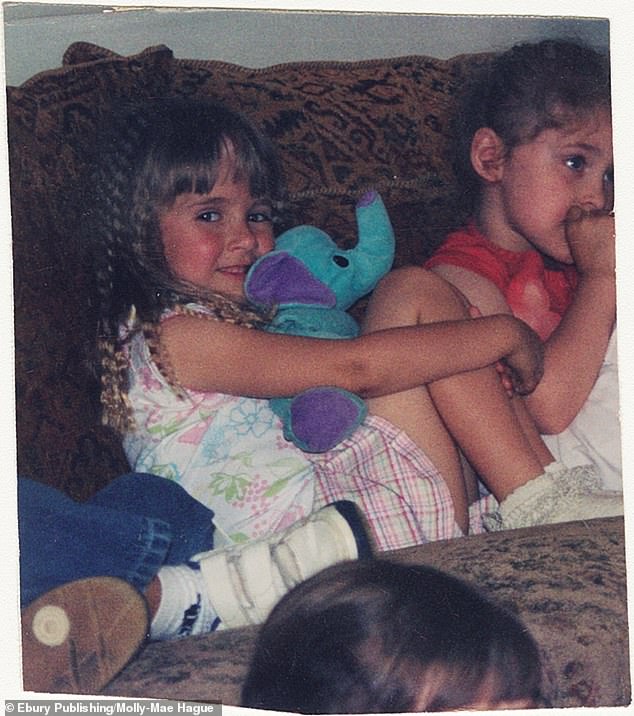 Sweet: And now the social media star says that she always talks to children with similar birthmarks on their face to reassure them

But she said her parents wanted her to get it removed so that she didn’t get bullied.

And she said that while it wasn’t something she was insecure about, she did get it removed in the end and now just has a tiny scar on her forehead which is very faint.

And now the social media star says that she always talks to children with similar birthmarks on their face to reassure them.

Sharing a gallery of pictures of herself before she became famous on the fifth season of Love Island in 2019, Molly-Mae writes in the book about how her appearance has changed over the years. 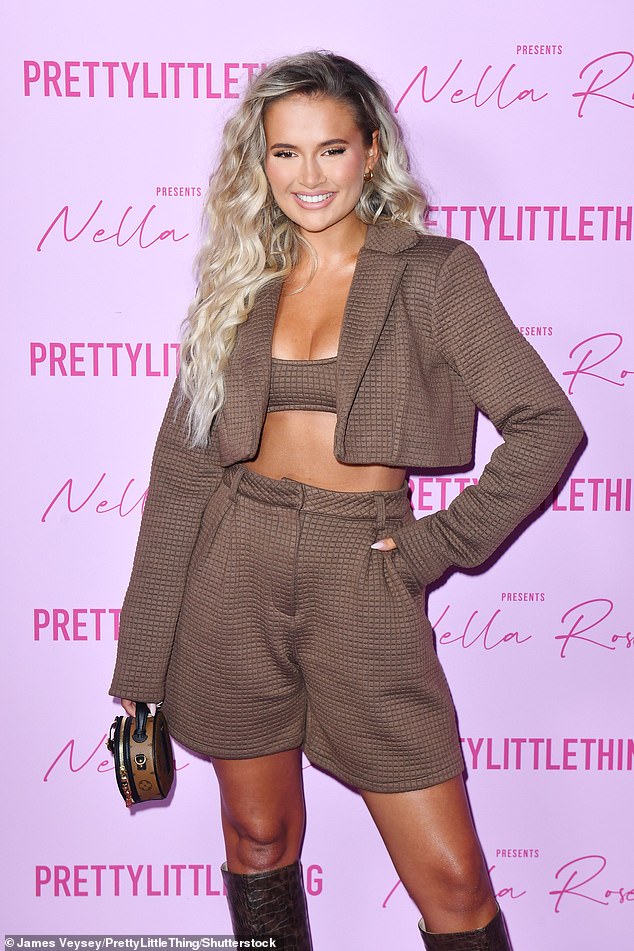 Moving on: Molly-Mae writes in the book about how her appearance has changed over the years – pictured at the PrettyLittleThing launch on Sunday

Speaking honestly and openly, she writes that she went too far with lip and facial fillers and got the treatments reversed when her face started looking lumpy and distorted.

And while she says she wouldn’t tell anybody else to do the same, she regrets having those things done to herself.

Molly detailed having full face filler packages for £400 and lip filler. She had jaw and cheek filler to change the shape of her jawline.

Over time, Molly admitted she realised she was mortified after she became that ‘unnatural, face full of filler girl’ and she was trolled as a result.

She revealed that she had started to feel ‘less confident’ as a result and after taking a selfie, the photo looked ‘so bad: distorted and unnatural,’ so she decided to do something about it. 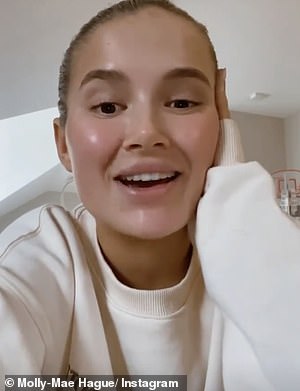 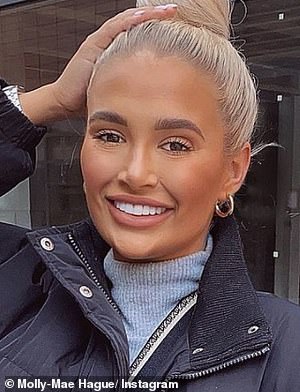 Just wait! Molly-Mae previously urged her young followers to ‘ just wait’ until their faces have matured before they consider having cosmetic work done 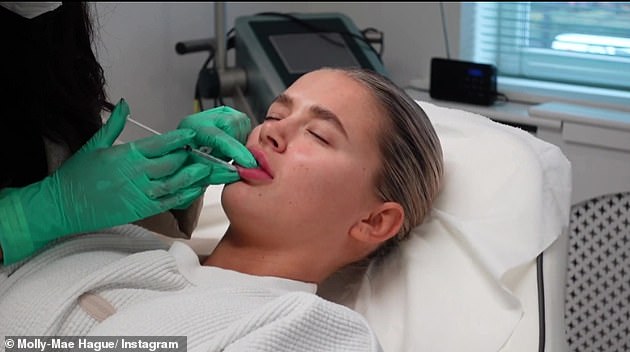 Change: Molly-Mae also got her lip fillers dissolved late in 2020