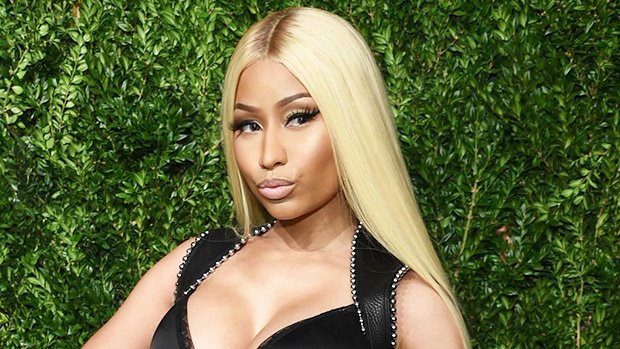 Nicki Minaj, 39, switched up her hairdo once again on May 16. Now, the award-winning artist is back to her naturally long, jet black straight hair that she documented in two different Instagram videos. In the first batch of footage, Nicki was fully makeup-free as she showed off her frizzy hair in an up-do, before she got her hair straightened with a small orange comb and then a black straightener. Nicki also revealed in her caption that she got a short trim for the transformation.

Eventually, Nicki’s glam team’s work was done and her hair was full straightened. The “Bang Bang” hitmaker showed off the finished result in her second video, where she sat in a pink chair with her back turned to the camera. Nicki moved her hair around slightly with her long pink nails to show off her gorgeous ‘do that reached far down her back but just above her butt. She went on to share some intel about her natural hair in her caption.

“if you wanna know how thick my hair is go ask the ppl who do it how long it takes to straighten it out,” the singer said. “I do vids like this after taking my braids out & b4 trimming it. Most times I just blow dry but I think this time I flat ironed it- but the roots are never completely straight cuz I don’t have chemicals in it (so it falls different) & it’s not bumped @ the ends cuz I’m not wearing it as a style to go out.”

Nicki is back to her natural jet black hair, after testing out some new looks over the past year. The mom of one went bleach blonde in Sept. 2021, showing off the makeover in a snapshot where she also rocked a bedazzled Dolce & Gabbana underwear and a black corse. Before that, Nicki had a brief stint with ombré purple with a length that went all the way down past her knees. That transformation came after she dabbled with some subtle pink on her bangs.

Fans of Nicki’s, known as “Barbz,” know that she loves to try out new hair looks while she’s dominating the rap world. Nicki always looks gorgeous, regardless of the hair color, style, or length, but it’s especially nice to see her return to her roots.