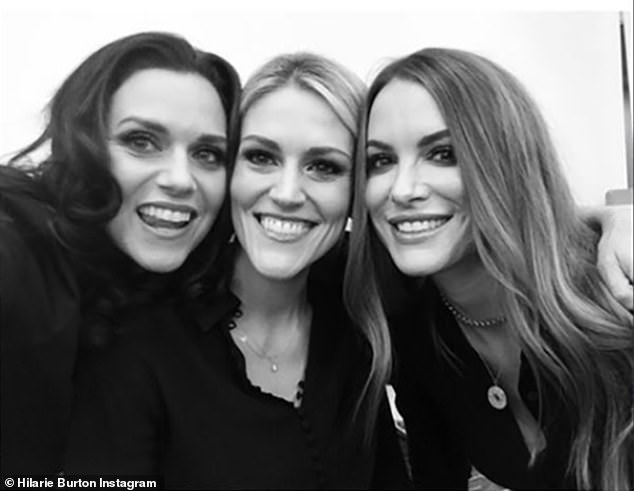 Bevin Prince expressed gratitude for her One Tree Hill costar Hilarie Burton after she comforted her in a time of need.

While on the podcast 1on1 with Jon Evans the actress, 40, said the former MTV VJ, also 40, drove overnight to be with her when her husband died suddenly.

‘Hilarie got in her car when she found out my husband had passed and drove straight to my house overnight,’ she recalled.

Appreciative: Bevin Prince expressed gratitude for One Tree Hill costar Hilarie Burton after she comforted her in a time of need

Bevin’s husband William Friend died at the age of 33 after being struck by lightning off the coast of North Carolina in July.

‘She showed up on my door, and she was like, “Okay, what can I do?” And she sat with me, and she was just, once again, showing me what a special human she is,’ the widow explained.

She added, ‘Her intention for being there was just to help in any way possible. It wasn’t, “Look at how good I am. Look at what I’m doing for you.” And I’m just eternally grateful.’ 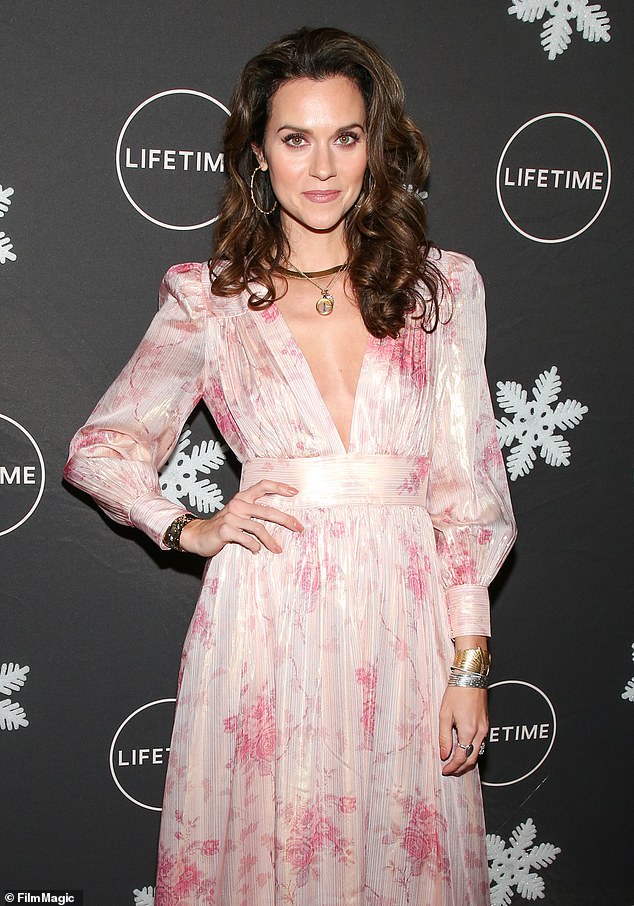 Great friend: ‘Hilarie got in her car when she found out my husband had passed and drove straight to my house overnight,’ Bevin said; seen in 2019 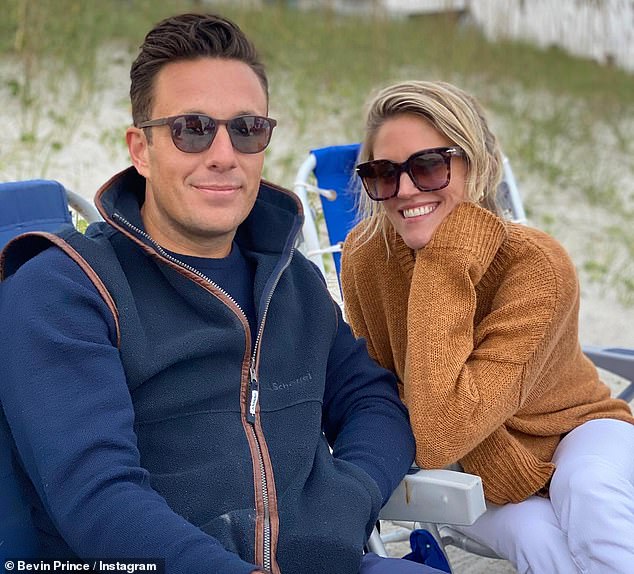 Bevin said, ‘[Hilarie’s] intention for being there was just to help in any way possible. It wasn’t, “Look at how good I am. Look at what I’m doing for you.” And I’m just eternally grateful’; Prince and Friend seen in 2020

Friend was on a boat with friends off Masonboro Island, near Wilmington, when he was struck, according to WECT News.

Emergency responders tried to revive him but he was pronounced dead in the ambulance, the outlet reported. His death came just one week before his 34th birthday.

‘In my mind, there was absolutely nothing that could have been done. And I have to accept that this is larger than me and my understanding at this time,’ Prince said about coping with the loss.

Prince, who played cheerleader Bevin Mirskey in One Tree Hill from 2004 to 2012, married Friend in 2016 and they celebrated their sixth wedding anniversary on May 21. 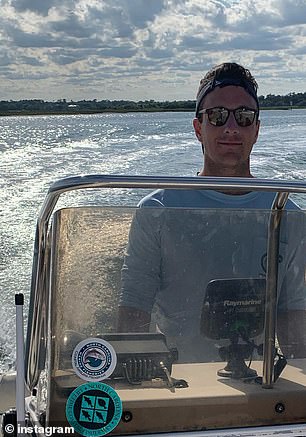 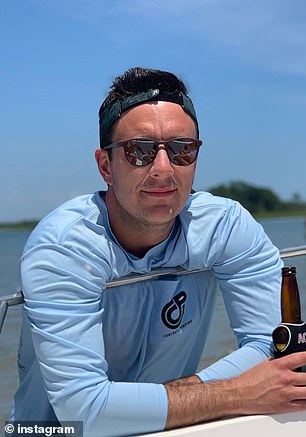 Care-free: Friend is pictured drinking a beer and driving a boat in 2020 in a post by Prince. It is not clear if he was hit by lightning on the same vessel 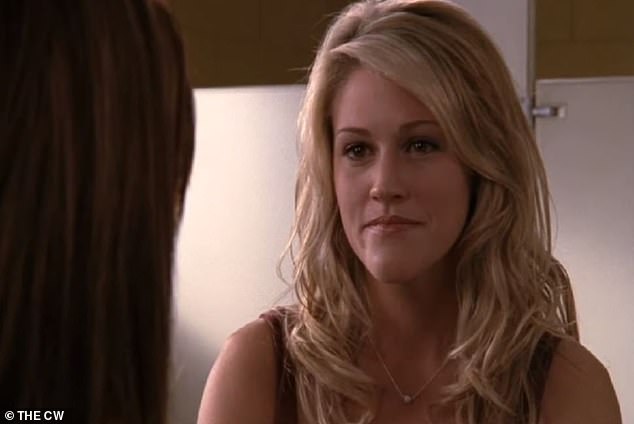 Known for: Prince famously starred as cheerleader Bevin Mirskey on the hit CW series One Tree Hill, playing the role for eight years between 2004 and 2012

It was the New Hanover County Sheriff’s Office’s Marine Unit, as well as Wilmington Police Department’s Marine Unit, which responded to the incident on Sunday after officers were flagged down by civilians.

Deputies reached Friend and performed CPR on him while en route to Bradley Creek Marina to meet EMS.

After moving Friend over to an ambulance, the emergency responders ‘attempted to resuscitate him for 20 minutes’ before pronouncing him dead.

Friend’s body was then transported to a local hospital, where EMS met with his family.

Prince and Friend relocated from New York City to Wrightsville Beach, North Carolina, amid the COVID pandemic in order to be closer to their family.

Prince’s best friend, Odette Annable, paid tribute to the actress’ late husband in a post shared to Instagram on Wednesday. 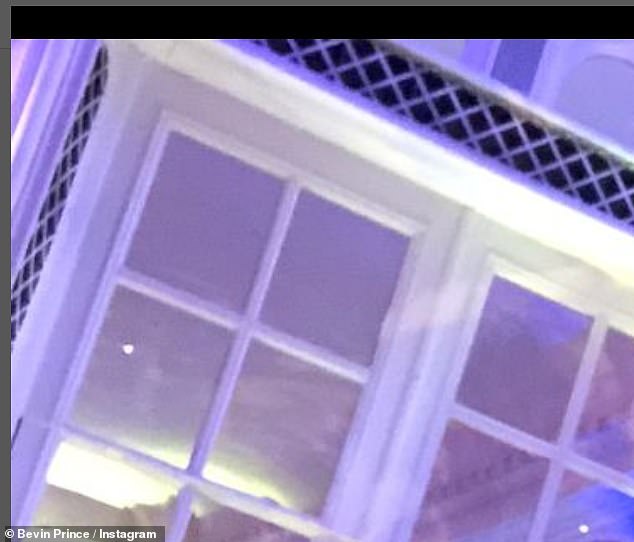 ‘The unimaginable has happened and we have to say goodbye to another friend, @britwilliam. My best friend @bevinaprince beloved husband.

‘Will, it feels surreal writing this,’ began the You Again star, who included a snapshot of Friend.

She continued: ‘Mostly because it feels like you were just getting started. The life and love that you gave to my best friend made it feel okay that we were thousands of miles apart.

‘As I sit in your beautiful home, looking out onto the ocean, I keep thinking about what a gift you gave to Bevin.

‘What a gift you gave to everyone who knew you to witness the passion that burned in your soul.

‘The passion to help people, to build your business, to find happiness like I’d never seen from you living in North Carolina with Bevin.’

She described Friend as being ‘perfect’ for Prince ‘in every way’ and that he always ‘supported her dreams’ and ‘adored her with every bit of your soul.’

Odette said she was with Prince at the time of writing the post and that she’d been ‘hearing her share stories about you and your love breaks my heart for her, because she lost the love of her life and the world lost a really really good one.’ 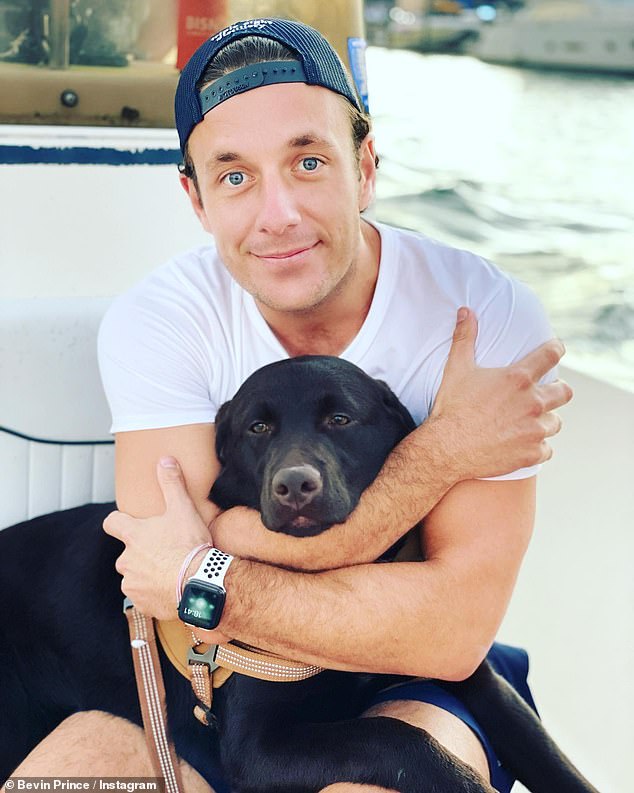 Out of nowhere: According to WECT News, 33-year-old William Friend was on a boat with friends near Masonboro Island on Sunday, July 3, when he was struck; Prince seen in February 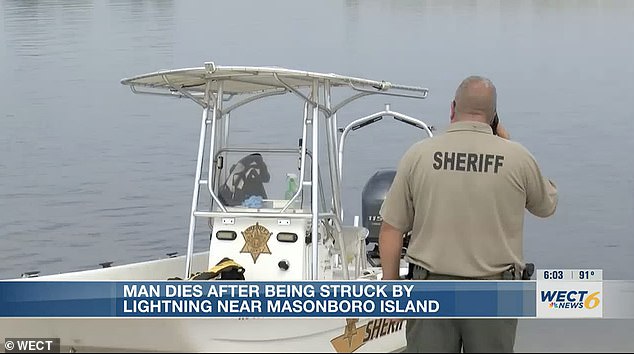 Responding: Police are pictured on the scene after they were flagged down by onlookers to the tragedy

She continued: ‘I know you will still be with her and your gorgeous brothers and family the Prince family, and we will all feel you spreading your light and beauty through everyone who was fortunate enough to know you.

‘At only 33 years old, you did it, and you went out like no other in a blaze of glory. May you Rest In Peace you charming, witty, beautiful British man who loved the sh** out of America. I love you,’ Odette wrote.

She concluded the lengthy tribute by encouraging her ‘friends and family on social media’ to donate to several causes that Friend ‘believed in with his heart.

‘One of them being the business @recessbybevinprince that he built alongside his wife and my best friend @bevinaprince.

‘Bevin and the women in her company have worked so hard to keep this dream going and all he would have wanted was to see them continue to succeed,’ Odette penned.

Donations will also be given to the Special Operators Transition Foundation, which was founded by decorated combat veteran Robert J. O’Neill and is dedicated to supporting Special Operations heroes and their families

Odette included a link to a GoFundMe page launched by one of the Prince family members, which has since garnered over $34,000 of its $50,000 goal.

‘Thank you so much for all of your support during this time. I love you all,’ the House star concluded. 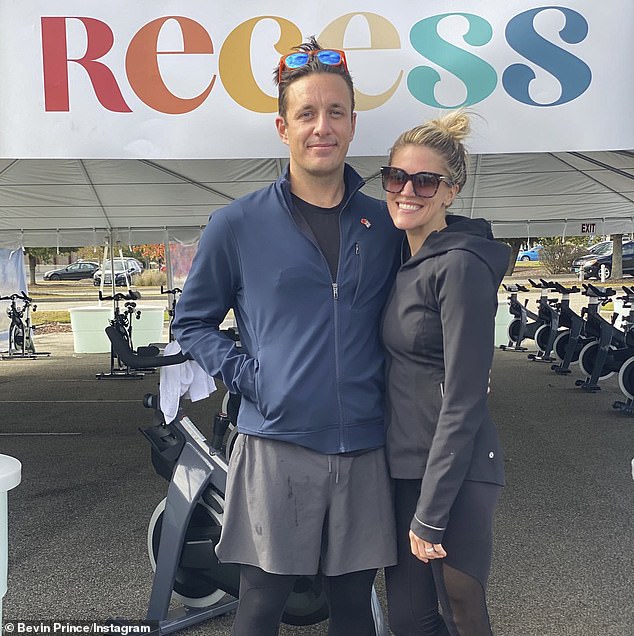 Passion project: He and his wife launched outdoor cycling studio Recess by Bevin Prince in Wilmington in November 2020 after making the move to North Carolina from New York amid the COVID-19 pandemic