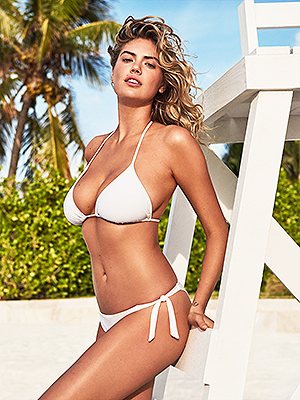 Kate Upton was born Katherine Upton on June 10, 1992 in St. Joseph, Michigan, and was raised in Melbourne, Florida. She was discovered in 2008, after she went to a casting call in Miami for Elite Model Management. She became well-known after she was in the Sports Illustrated Swimsuit Issue in 2001, and was named Rookie of the Year. She is best known for being in Sports Illustrated and on the cover in 2012, 2013 and 2017. She was also the subject of the 100th-anniversary Vanity Fair cover. The star has also dabbled in acting, and has appeared in the films Tower Heist (2011), The Other Woman (2014) and The Layover (2017). Kate is married to professional baseball player Justin Verlander. The couple welcomed baby Genevieve, their first child, in November of 2018. See all of the most stunning photos from Kate’s career to date by clicking through the gallery!