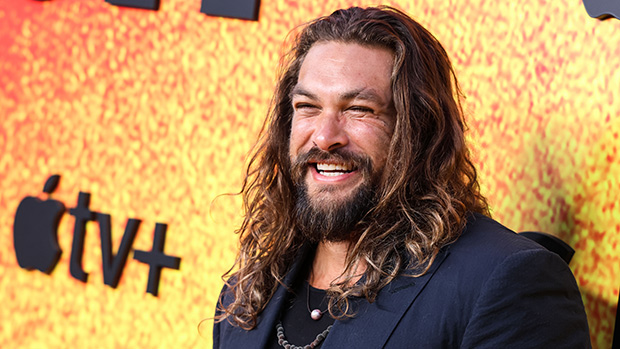 “Aloha, everyone,” Jason Momoa says at the start of the video he posted on Monday (Sept. 5). Jason, 43, asked for the off-camera person to “hand me those braids,” and he raised the remnants of his long hair. The Aquaman star said he was shaving his head to raise awareness about the destructive impact of “single-use plastics.” Jason said he was tired of “plastic bottles, plastic forks, all that sh-t” that winds up in landfills and the oceans. “I’m here in Hawaii right now,” he said, “and seeing some things in our ocean, it’s just so sad.”

During the haircut, Jason – wearing a new Kamoa necklace of Tahitian pearls by jeweler Samuel Bonanno — freaked out at the progress as his hair had never been this short before. “I’ve never felt the wind right there,” he remarked as he ran a hand along his shortly buzzed temple. As the barber continued her work, Jason’s head became shorn. “Here’s to new beginnings,” he captioned the video. “Let’s spread the aloha. Be better at protecting our land and oceans. We need to cut single-use plastics out of our lives and out of our seas. Plastic bottles, plastic bags, packaging, utensils all of it. Let’s aloha our ‘āina together aloha j.”

“Always with the best message, my man,” wrote actor Aleks Paunovic. “Yooooo, big move for a great cause!” added Keith Ladzinski. “Gonna look cute again like Baywatch days!?” asked Kelly Slater, while Marisa Tomei asked, “WHAT !!!” Dave Bautista remarked, “Whaaaaat?!!! Committed AF.” The official account for Sustainable Coastlines Hawaii wrote, “mahalo for advocating to create a better world for future generations to come. spreading aloha not just to the people around us but the places that provide for us. Aloha ʻĀina.”

Jason also tagged the Mananalu Water company in the photo. Founded by Jason, Mananalu offers pure water in a recyclable aluminum bottle. “For every planet-loving bottle of Mananalu YOU drink, WE remove the equivalent of 1 planet-hurting plastic bottle from ocean-going waste,” the company website reads. “Our partnership with rePurpose Global makes this possible. They also certify Mananalu as a plastic-negative product, which means we remove more plastic than we use. You drink the water, we’ll do the work.”

In August, Jason said he was adjusting to having a “dad bod” following his hernia surgery in March. While on The Late Late Show, Jason admitted that he hasn’t been hitting the gym as much during his recovery and has lost his chiseled abs. “Still not really doing situps,” he said. “Trying to keep that dad bod going for a little bit longer.”

‘Aquaman 2’: The Release Date, Cast & Everything Else You Need To Know