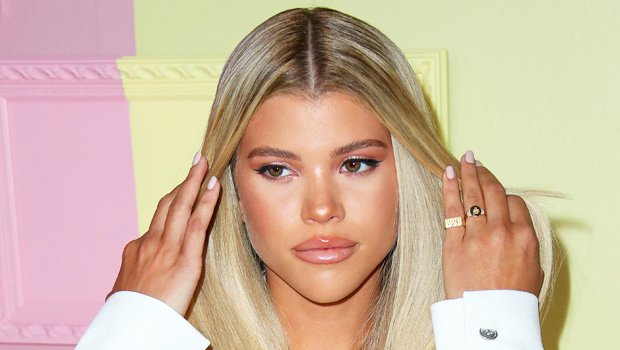 Sofia Richie and her boyfriend Elliot Grainge, 28, are officially engaged! The 23-year-old shared a photo of her ring from Elliot and it is absolutely stunning, not to mention massive. The emerald-cut diamond was on full display in a photo Sofia posted of her and Elliot kissing as she grabbed his face.

Sofia posted two photos of her engagement on Instagram with the caption, “Forever isn’t long enough.” The first photo showed the actual engagement, with Elliott down on one knee as Sofia bent over covering her face in awe.

The second photo, however, is where you can really see the ring up close and it is amazing. The diamond cut is an emerald set on a platinum band and it is so large, that it takes up most of her ring finger. Sofia didn’t shy away from posting her ring on social media, in fact, she reposted all of her friends’ photos of her.

Sofia and Elliot were first linked as a couple back in January 2021 when they were spotted out in public together for the first time. Since then, the couple has been out and about non-stop and they are always posting candid photos of each other.

Before dating Elliot, Sofia was in the public eye for her relationship with Kourtney Kardashian’s ex, Scott Disick. Sofia and Scott dated for three years before officially calling it quits in May of 2020. Shortly after, Sofia linked up with Elliot, and it was obviously for the best, considering they are now set to tie the knot.