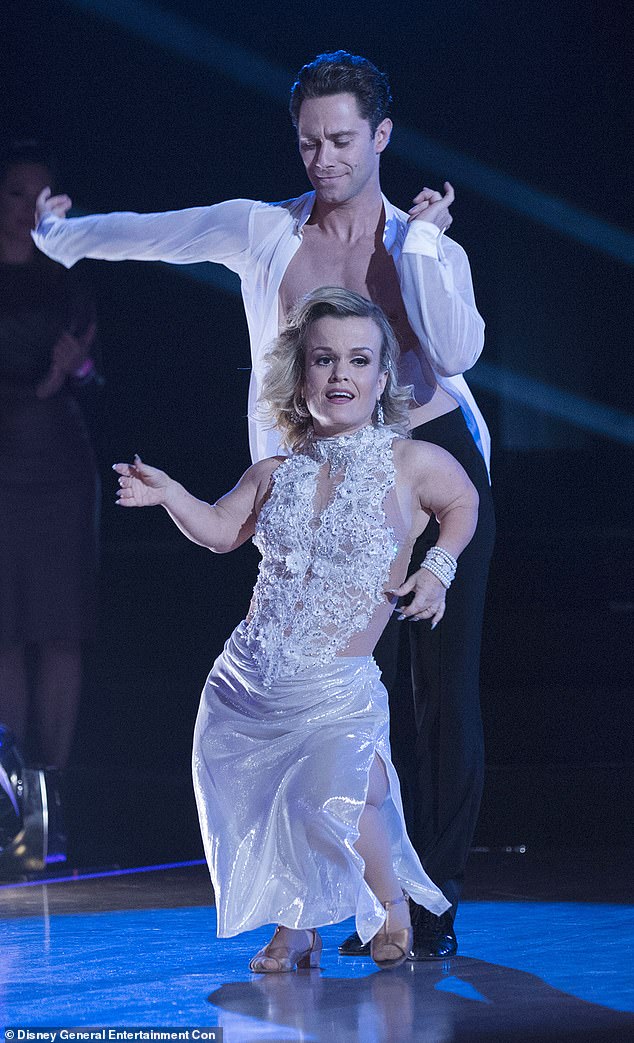 By Katie Hind For The Mail On Sunday

She may be just 4ft tall, but Paralympian Ellie Simmonds has been tipped to rise head and shoulders above the competition and win this year’s Strictly Come Dancing.

American reality star Terra Jole, who also has dwarfism and is 4ft 2in, told The Mail on Sunday how she overcame her disability to get to the semi-final of Dancing With The Stars, the US version of Strictly, in 2016.

And she believes swimmer Miss Simmonds, 27, can go one better and win the Glitterball Trophy.

Miss Jole, 42, said: ‘Ellie is going to be amazing, it will test her endurance more than anything else she has done, but I think she can make the final – I think she can win!’

Guessing who Ms Simmonds will be partnered with is a hot topic among Strictly fans.

The shortest male professional dancer, Carlos Gu, is 5ft 5in.

Giving an insight into how Ms Simmonds may approach the competition, Miss Jole said: ‘I didn’t want to be looking at someone’s crotch when I’m dancing.

‘That would have been uncomfortable for people watching – so some changes had to be made.

American reality star Terra Jole, who got to the semi-final of Dancing With The Stars, the US version of Strictly, in 2016 believes Miss Simmonds, 27, can go one better and win

‘I was partnered with the shortest professional, Sasha Farber, and because he is 5ft 7in, it meant that I was up to his chest at least. It meant that I looked like the other couples.

‘As little people, we are used to modifying things all of our lives, so dancing in these shows is no different.

‘I couldn’t reach Sasha’s shoulders, so I would touch the part of his arm above his elbow.

‘Little people can’t raise their hands above our heads, so I would reach out rather than up. When things were high up, we would have to modify them.

‘My torso is the same size as an average person. Sasha thought he would be throwing me up in the air and whipping me around because he thought I would weight much less, but I didn’t.

‘And he had to get used to me not wearing heels, because I couldn’t. I had never walked in them before, let alone danced.’

Those close to Miss Simmonds hope she will do the same for other little people. 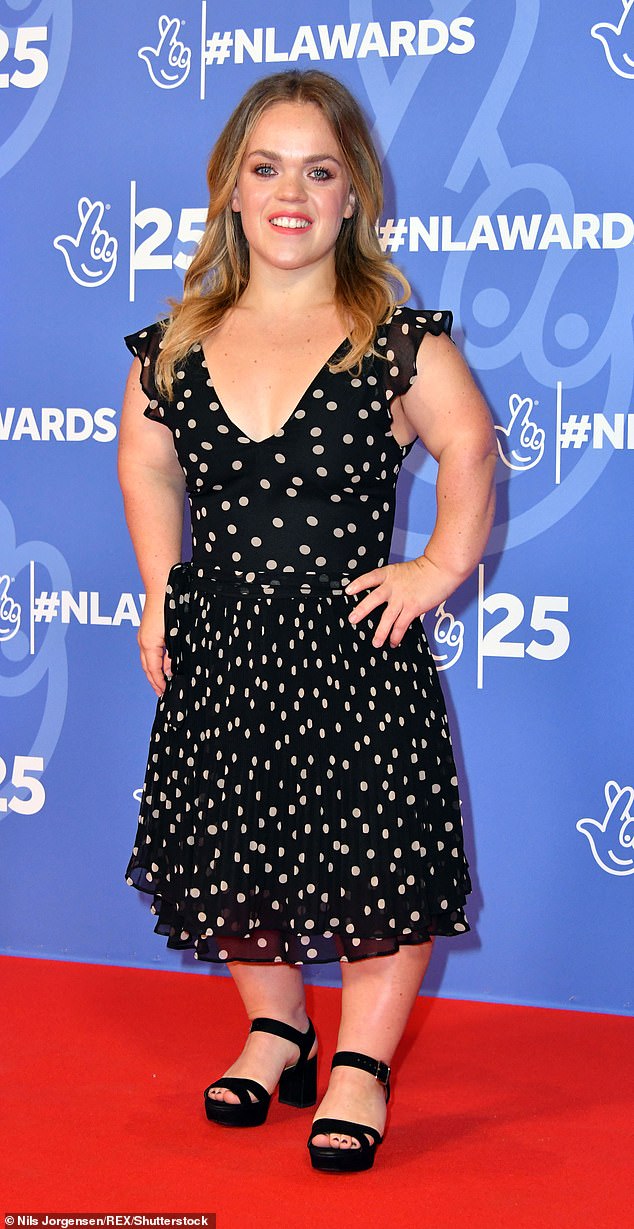 Mother-of-three Miss Jole said: ‘A lot of the younger community were looking up to me. Children that have dwarfism came to the show and they were holding up banners. It was amazing.

‘So many people were dumbfounded that I could dance with a normal-size person.’

She said comedian Howard Stern had commented ‘I don’t see how this will happen’, adding: ‘Our whole lives, little people are told we are not as capable, not as good as normal sized people.

‘That is what inspired me to do the show, and I hope Ellie knows she will be amazing at it.