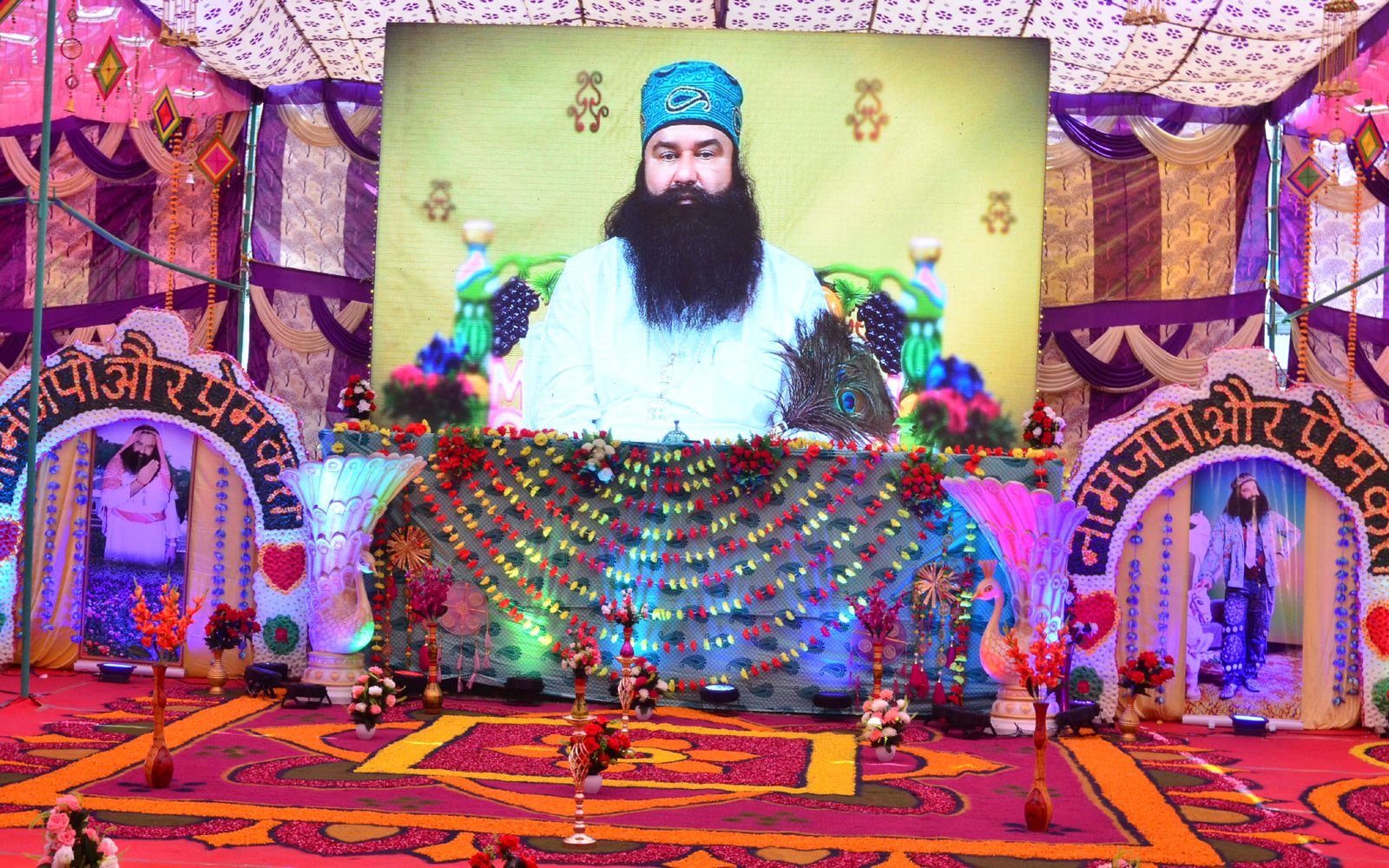 The Dera followers present at the “Naam charcha” raised both hands to pledge solidarity and participate in 139 humanitarian welfare works with renewed zeal.

Kangra, June 12. On Sunday, It was a rare sight in Kangra, in the hilly state of Himachal Pradesh. Thousands of people gathered to listen to a spiritual discourse instead of wandering around and enjoying the natural beauty. The occasion was the State-level “Naam charcha” of Dera Sacha Sauda held at the City Council Ground in Kangra.

A large number of Dera devotees from all over Himachal Pradesh reached the event with their families. In the pleasant weather, the attendees were immersed in the holy words of the revered Guru Saint Dr. Gurmeet Ram Rahim Singh ji Insan. The arrangements made in “Naam charcha” were praiseworthy. BJP MLA from DEHRA Mr. Hoshiar Singh, who attended the “Naam charcha”, appreciated the humanitarian welfare work being done by the followers of Dera Sacha Sauda.

During this period, 10 needy elderly persons were given ration and fruit baskets under the “service to orphan parents campaign” by MLA Hoshiyar Singh and the office bearers of Dera Sacha Sauda from the Himachal Pradesh state. Apart from this, sewing machines were distributed to five women under the “self-reliance campaign”, so that they become finically self-sufficient. During the “naam charcha”, the pandal was beautifully decorated with colorful flags and welcome gates. Apart from this, the stage in the pandal was also decorated beautifully.

A recorded discourse of the revered Guruji was played on the big screens in the pandal, which the attendees listened to with great reverence and rapt attention. Earlier, the Kaviraj brothers sang in praise of their Guru and the Ram Naam.

During the “naam charcha”, the sewadars of the IT wing briefed the attendees about the official social media account of the Dera Sacha Sauda. The local followers reached the “Naam charcha” singing and dancing to the beats of their traditional instruments. The huge screens installed at the “Naam charcha” pandal played recorded verses of revered guru Sant Dr. Gurmeet Ram Rahim Singh Ji Insan.

The revered Guruji said that God’s name was a mine of all pleasures, in front of which diamonds, rubies, and gems were worthless. In the midst of worldly pleasures where a man gets lost, it is the Guru who shows him the mine of true pleasure granting him God’s name.

The revered Guru ji further said that the person who receives the gift of the holy name of God is fortunate and the one who meditates on it becomes even more fortunate. Such a man is happy in this world and beyond. God’s name of the sole remedy to all kinds of diseases and sufferings. But only the blessed persons can meditate on God’s words regularly. These are the people who yearn and pray for His divine love.