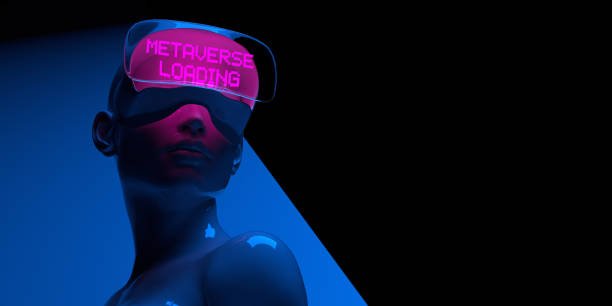 The technology for the Metaverse must be as portable and convenient as a smartphone and mobile internet. This may seem obvious, but its appeal is rooted in science fiction, where people are taken into other worlds to escape from dystopian realities. Several barriers remain, however, including the lack of interoperability between platforms and the limitations of current AR and VR hardware. In this article, we will explore some of the challenges to building out the metaverse.

In the coming years, the Metaverse will have many uses. Despite its name, it is a network of 3D virtual worlds where users interact with digital objects and operate virtual avatars. It is a blend of virtual reality, massively multiplayer online role-playing games, and the internet. Facebook, for example, recently rebranded as Meta to emphasize its push to dominate the metaverse. The goal is to become the default setting for many of our online activities.

The use of AR/VR (augmented reality and virtual reality) technology in the Metaverse has a lot of potential, but there are also many limitations. Despite the promise of AR, the limitations of current hardware prevent its widespread adoption. Here are some things to keep in mind. A handheld AR device is limited in what it can do. A projection system, on the other hand, is limited to the same physical location as its user. It is impractical to transport a screen to different locations, which limits its usefulness. A screen offers a strong sense of immersion, but it is physically large, making portability difficult and cost-prohibitive.

In addition to limitations, AR/VR hardware can also impede metaverse applications and experiences. These limitations can ease the near-term pressure for edge computing and low-latency networking, which are two of the major goals of this tech. Many people have expressed concern about the limitations of AR/VR hardware in the metaverse, and this has been the subject of several comments. While the limitations of these technologies should not be a deal-breaker, they should be considered before implementing them in the Metaverse.

Business opportunities in the metaverse

The Metaverse is a brand new virtual world that is gaining attention among big players in the gaming world. Many businesses are attempting to set up shop in this new world to capitalize on the opportunities that exist. While tech companies have already established themselves in the Metaverse, traditional businesses are making their way there as well. They’re buying Metaverse properties to provide virtual services for a new generation of companies.

The Metaverse offers a great opportunity, for example, for e-shops, which can advertise or even have direct sales booths where banned people can browse the goods and buy them directly. However, some bitcoin casinos are also starting to realize this and are already playing in the Metaverse. In the entertainment industry, artists, for example, could also enter the Metaverse to host concerts for fans around the world.

One of the most exciting aspects of the metaverse is its potential to enable businesses of any size to grow. Not only are big tech companies exploring the potential of metaverse technology, but they’re also collaborating with diverse clients in various digital spaces. Businesses can also take advantage of decentralization and interoperability to expand their digital capabilities. And since it’s a completely new world, there are many business opportunities to be had in the metaverse for both startups and established companies.

Steps to start a business in a metaverse

The metaverse is an immersive virtual space that is becoming increasingly popular among consumers and businesses alike. Its degree of verisimilitude means that you can live, work, play, and socialize in this virtual environment. Although some people claim that the metaverse is nothing more than a fad, the reality is that the concept is a paradigm-shifting trend with enormous potential.

To start a business in the metaverse, you will need to know which metaverse is best for you and what kind of products and services will appeal to those audiences. Most businesses already have an online presence, and you will want to review your branding strategy and determine whether you’re currently focusing on the right markets. In addition to this, you’ll need to learn about how to operate in the online market to create an effective brand.