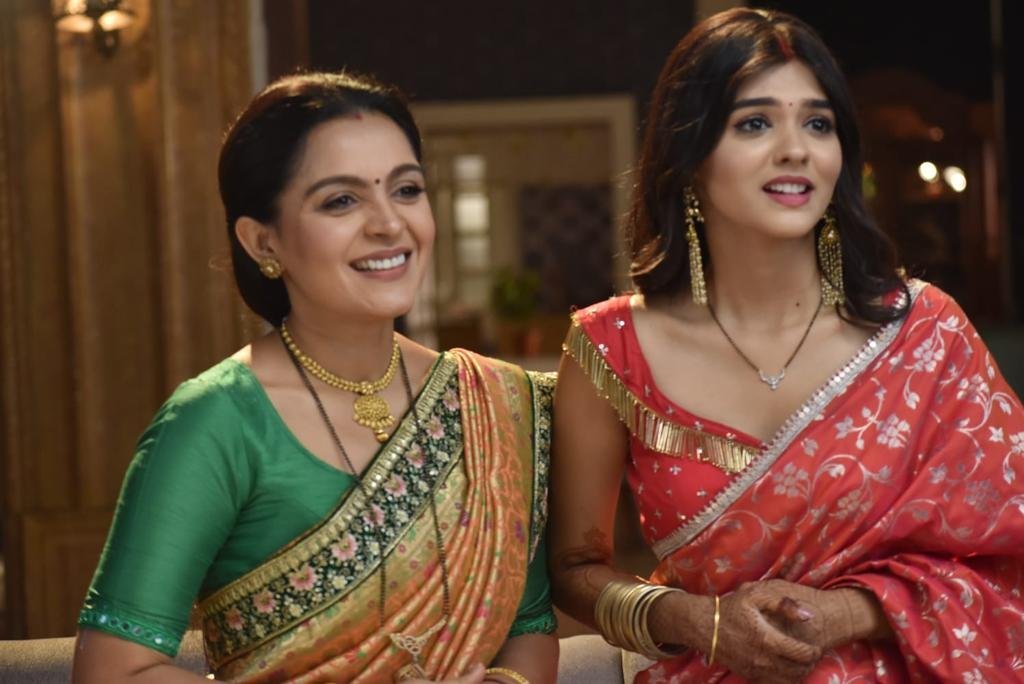 The Tuesday episode of Rajan Shahi’s “Yeh Rishta Kya Kehlata Hai” started with Abhimanyu telling Manish that they had a lot of fun at the wedding and everything was well organized. He tells him he doesn’t need to apologize for anything. Akshara brings juices for everyone, and Manjari tells the Goenkas that so far they have tasted food made by their daughter, and now they will taste the ones made by her daughter-in-law.

Akshara gets emotional hearing this. Just then Aanand gets a call and he informs the Goenkas that they have to go to an important meeting. He asks Mahima and Harshvardhan to join him. Seeing them leave, Abhimanyu tries to change the topic and tells them that the staff at the music department has organized a small musical for him and Akshara. Manish gets happy hearing this and thanks Abhimanyu that because of him Akshara gets to head a department. Manjari then tells them that it’s all because of Akshara’s good deeds and thanks to the Goenkas for giving such a good upbringing to Akshara and tells them that she always wanted a daughter like her.

Read Also: Cardi B reveals how she maneuvers nappy changes with a lengthy manicure in a flawless tutorial

Later, they sit for the ring finding ritual, and Neil and Paarth give it a twist. They put the ring in clear water and gave the couple chopsticks to get it out. Abhimanyu wins it, but he informs everyone that Akshara cheated so that he can win. Abhimanyu then tells her that there is no ego or pride between them and she should never let go of what is rightfully hers. He tells her that if someone truly loves the other person, they don’t expect such things from them. The Goenkas get a happy hearing this and Manish tells Abhimanyu that they are lucky that he is their son-in-law.

After a while, Manjari asks the help to give some juices to Harshvardhan, Mahima, and Aanand, but Akshara offers to do it. Harshvardhan, Mahima, and Aanand talk about shutting down the music department because they think it’s a big loss for the hospital. Akshara overhears their conversation and gets very upset. Kairav comes to her and asks her if something has happened and if she is happy in the Birla house, Akshara asks him not to worry and tells him she is very happy. Abhimanyu hears them talking and tells Akshara that he knows she is upset but she will have to ignore a few things.

It was time for the Goenkas to bid adieu when Harshvardhan, Mahima, and Aanand too came there. Abhimanyu tells everyone that he has to take Akshara to the hospital and she is wondering why no one is telling Abhimanyu that they are going to shut the music department.

In the upcoming episode, we will see that during their meeting Harshvardhan, Mahima and Aanand decide that the music department in the hospital would be shut down. Abhimanyu tells Harshvardhan that he won’t let him control Akshara’s dreams and ambitions just like he controlled his mother’s. They get into an argument and Akshara gives them her decision. To know what happens next, keep watching “Yeh Rishta Kya Kehlata Hai”.